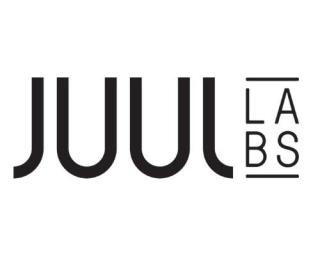 SILVER SPRING, Md. — JUUL vapor products may not disappear from the backbar right away.

On June 23, the Food and Drug Administration (FDA) issued marketing denial orders (MDOs) for all JUUL products. Less than 24 hours after the announcement, JUUL Labs Inc. asked the U.S. Court of Appeals for the D.C. Circuit for an emergency administrative stay until it can file a motion for a stay pending review by noon on Monday.

If granted, the company and retailers would be able to keep distributing and selling JUUL products until the court reviews the agency's decision, reported CNBC.

As a result of the agency's decision on JUUL's premarket tobacco applications (PMTAs), the company must stop selling and distributing the products and all JUUL products currently on the U.S. market must be removed.

"FDA's decision is arbitrary and capricious and lacks substantial evidence, and an immediate administrative stay is critical to protect JLI, its commercial partners, and its customers," JUUL said in its court filing on June 24.

"We respectfully disagree with the FDA's findings and decision and continue to believe we have provided sufficient information and data based on high-quality research to address all issues raised by the agency," said Joe Murillo, chief regulatory officer at Juul Labs Inc. on June 23.

"We intend to seek a stay and are exploring all of our options under the FDA's regulations and the law, including appealing the decision and engaging with our regulator," Murillo said. "We remain committed to doing all in our power to continue serving the millions of American adult smokers who have successfully used our products to transition away from combustible cigarettes, which remain available on market shelves nationwide."

According to the FDA, some of the company's study findings raised concerns due to insufficient and conflicting data — including regarding genotoxicity and potentially harmful chemicals leaching from the company's proprietary e-liquid pods — that have not been adequately addressed and precluded the FDA from completing a full toxicological risk assessment of the products named in the company's applications.

JUUL disagreed with the findings.

"In our applications, which we submitted over two years ago, we believe that we appropriately characterized the toxicological profile of JUUL products, including comparisons to combustible cigarettes and other vapor products, and believe this data, along with the totality of the evidence, meets the statutory standard of being 'appropriate for the protection of the public health,'" Murillo said.

Analysts Take on the FDA's Decision

Tobacco industry analysts expected JUUL to challenge the agency's MDOs, though there are questions around JUUL vapor products remaining on the backbar while the challenge plays out.

According to Owen Bennett, senior vice president, Equity Research with Jeffries, a stay is likely because the FDA's decision was based on a lack of toxicological evidence, and not due to risks of youth usage.

"To this, we think a good possibility JUUL will be able to raise doubt to the court that the FDA has either not appropriately addressed its toxicological submission, or that it should be allowed to address the perceived 'insufficient and conflicting data,'" he said, adding this may mean the application is ultimately approved, with potential amendments, or it gives JUUL time to bridge the application with a new one with JUUL2.

Viven Azer, director and senior research analyst at Cowen & Co., questioned whether the products can remain on the market during the appeal process. She also noted the differences between the reasons for the FDA's MDOs of myblu and JUUL.

On April 8, the agency issued MDOs to Fontem US LLC for several myblu electronic nicotine delivery system products after determining the applications lacked sufficient evidence to show that permitting the marketing of these products would be appropriate for the protection of the public health.

"As it relates to myblu, the FDA cited that primary reasons for the denial included insufficient 'evidence regarding design features, manufacturing, and stability...' while also stating the company did not demonstrate the potential benefit to smokers switching would outweigh the risk to youth. As it relates to JUUL, we would note the FDA did not even address the question of potential benefit to smokers switching relative to the risk to youth," she said.

As she noted, the language of JUUL's MDOs "focused almost entirely around product quality concerns with the agency identifying insufficient and conflicting data, 'including regarding genotoxicity and potentially harmful liquids leaching from the company's proprietary e-liquid pods.'"

In addition, the FDA used the word enforcement three times in its announcement concerning JUUL's MDOs, "which we believe suggests the FDA could take a more aggressive posture against JUUL remaining on the market," Azer said.