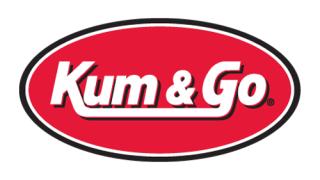 More than just its latest location, the downtown Des Moines c-store is also the first urban store in the retailer's network of 400 sites. Situated at the corner Seventh and Locust streets, in the Edna Griffin building, the store rang up its first customers on May 28, the Des Moines Register reported.

The store will also focus on sustainability. For example, customers' purchases will be put in reusable cloth bags as opposed to plastic grocery bags. And, as part of a nationwide move at all of its stores, it will feature compostable silverware and straws, recyclable cups and lids, and post-consumer recycled food packaging. The change will reduce the amount of flood plastic used in the company's food operations by more than 90 percent.

Another thing customers won't find: gas. The non-fuel store will be open from 5 a.m. to 9 p.m. Monday through Friday, and 7 a.m. to 5 p.m. Saturday and Sunday.

"We're a convenience store, but we're also moving toward being an 'immediate consumption' brand," Kum & Go spokesperson Ariel Rubin told the news outlet. "How can we get to people where they are, when they are, in the many different ways they want to be served?"