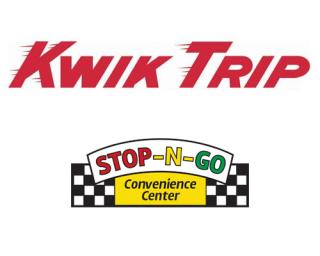 Family-owned Stop-N-Go began operations in 1963 as a chain of neighborhood grocery stores under the leadership of Duane and Olympia Bowman. In the 1980s, Stop-N-Go transitioned to a c-store chain.

Stop-N-Go currently offers Top Tier gasoline and diesel under its own brand at 32 stores. It also has two stores with Shell branded fuel, one with CITGO branded fuel and one neighborhood store that does not offer fuel.

"When selecting the right buyer, it was important for us that the Stop-N-Go brand be continued. All of us at Stop-N-Go have a great deal of pride and sense of accomplishment because our efforts built a brand worthy of continuing under the new ownership of Kwik Trip," said Andrew Bowman, CEO and owner of Stop-N-Go.

Kwik Trip plans to continue operating many of the acquired stores under the existing Stop-N-Go banner. Some of the larger locations will be remodeled and rebranded as Kwik Trip stores.

The transaction is expected to close in early December.