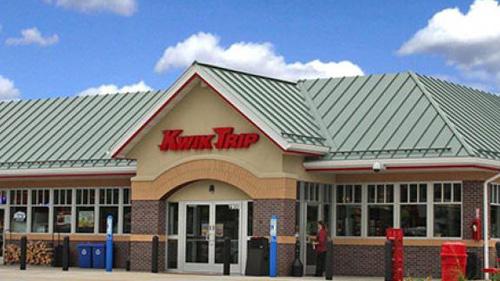 La Crosse, Wis. — A well-known convenience store banner in the Midwest is planning to expand its network by store count and geography.

Kwik Trip Inc. is working on a growth agenda that calls for 40 new c-stores and 10 remodels this year. Over the next five years, the convenience retailer plans to build 40 to 50 new locations each year — a number that can reach as many 70 new stores annually when remodeled locations are added to the mix, according to a report by BizTimes.

Speaking at BizTimes' annual Family & Closely Held Business Summit in June, Carl Rick, Kwik Trip's training manager, also said that the retailer is eyeing new geographies as part of its expansion. As a retailer that delivers 80 percent of its own product daily, its expansion reach is somewhat limited but Kwik Trip is planning to enter North Dakota and South Dakota.

"We know we can get out a lot further than we are right now, but we still have a lot of infill to do where we're at," Rick said. "We're not in Racine, Milwaukee proper, or Minneapolis and St. Paul proper."

Rick is a third-generation member of the Zietlow family, which became Kwik Trip's sole owner in 2000. He told the summit attendees that the company's growth strategy puts an emphasis on employee loyalty.

In addition to calling Kwik Trip associates co-workers instead of employees, the retailer's benefits include a 40-percent profit sharing program, the news outlet reported.

"Our co-workers are our most important asset. They're not just our greatest expense in labor, but they're our biggest expense in profit," Rick said.

Known as Kwik Trip in Minnesota and Wisconsin and as Kwik Star in Iowa, the La Crosse-based company operates more than 675 family-owned convenience stores.