TOKYO, Japan — Labor shortages in Japanese convenience stores have led the country’s three largest operators to turn to automation as a way to combat dependence on human workers.

According to a Reuters report, the worker shortage has resulted in higher recruitment and retention costs for Seven & i Holdings, owner of 7-Eleven, FamilyMart UNY Holdings. The “big three” have implemented automation, as well as reduced royalty fees, to ease the burden on existing franchisees.

With 55,000 convenience stores nationwide, each Japanese store needs around 20 part-time employees to run it.

7-Eleven — which has 19,423 stores and 390,000 part-time workers — is bringing labor-saving dishwashers to all stores this year, while Lawson is issuing tablet computers to help store management, and installing automatic change counting machines.

The Japanese c-store industry plans on introducing radio frequency identification (RFID) tags that can track individual items from warehouse to store, therefore eliminating the need for manual barcode scanning. A RFID trial will begin sometime in August, with a completed rollout expected by 2025.

7-Eleven estimates that RFID tags could save the country 8 billion yen ($73 million) annual in labor costs.

However, the costs associated with using RFID can be substantial for the number of inexpensive products sold in convenience stores. The technology — which is more frequently used to track higher ring categories such as apparel and electronics — is still seen as the best alternative in Japan. The c-stores will also benefit from a pledge by the Japanese government to subsidize some of the costs associated with the transition, reported RetailWire.

Despite the labor shortage, the “big three” have no plans on cutting the number of stores open, or reducing the numbers of hours of operation — which is 24 hours a day, seven days a week for all Japanese c-stores. In fact, all three major chains plan to expand.

"We are part of the social infrastructure," said Koji Takayanagi, president of FamilyMart UNY Holdings. "We have a mission we must fulfill."

Is Automation the Future?

In the U.S., competition for workers has picked up in recent years with many chains raising wages. At the same time, employers have deployed technology to improve performance while reducing costs.

The most recent foray into automation is Amazon Go, the convenience concept from Amazon.com, which has been designed without checkouts. Using their Amazon app, customers can enter a store, shop and walk out without visiting a checkout. Calling it "Just Walk Out Technology," Amazon described the innovation as a mix of "computer vision, deep learning algorithms and sensor fusion much like a self-driving car,” CSNews Online previously report.

Now, with 7-Eleven in Japan making the move to RFID, it has raised the question whether or not the c-store chain might carry that practice over to its stores in the United States. Furthermore, could automated checkout be the goal of many U.S. retail chains?

Here’s what industry insiders have to say on the matter:

Kenneth Leung, retail and customer experience expert: “It isn’t the technology, but the labor cost and availability in Japan that is driving them to use RFID technology. At the end of the day it is the business model that dictates the implementation of tech in retail. I don’t see the cost justification of a c-store with all the food service items to go to RFID in the US, I think the Amazon stores will be a good test to see how practical the model works in some way in the U.S.”

Steve Montgomery, president, b2b Solutions LLC: “Will RFID lead to a new form of self-checkout? Ultimately it may, but the road will be long and bumpy. It will work better in some retail environments than others.

C-stores, like many other retailers, sell a variety of items that are not conducive the use of RFID tags. Examples include the various forms of food products ranging from dispensed drinks to food prepared on-site. Other items are age restricted. Cigarettes and other similar items are displayed behind the counter and are clerk-served. Others such as beer and wine are displayed in the cooler or on the store floor. By law a clerk is required to verity the age of the buyer.”

Bob Amster, principal, Retail Technology Group: “Before the RFID concept makes its way to America, it has to succeed in Japan. RFID technology works well in certain categories and not so well in others (like a 16-ounce cup of Coke). While there are ways to work around the problems of RFID sensitivity, they will add cost to the process. The cost may be bearable in Japan as long as payroll costs are high, but that may not be the case in the U.S. Wait and see.”

Liz Crawford, vice president, Product Ventures: “RFID notwithstanding, I do believe that we will see greater levels of automation in brick & mortar stores. The reason may or may not be a labor shortage. The reason will be the expense of hiring human beings, along with increasing margin pressures of competing with online shopping solutions.” 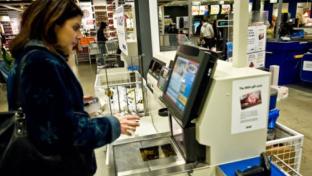 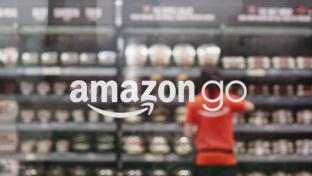 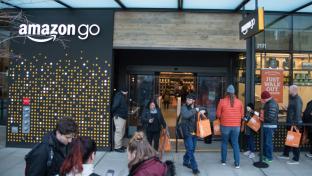 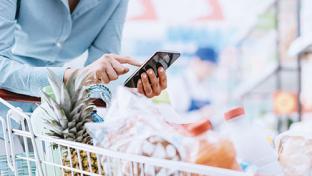 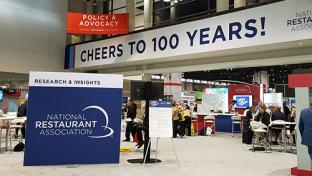 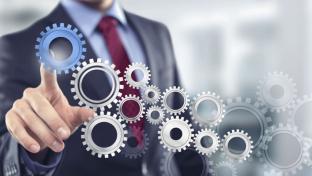 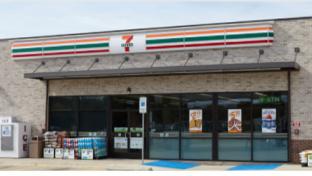