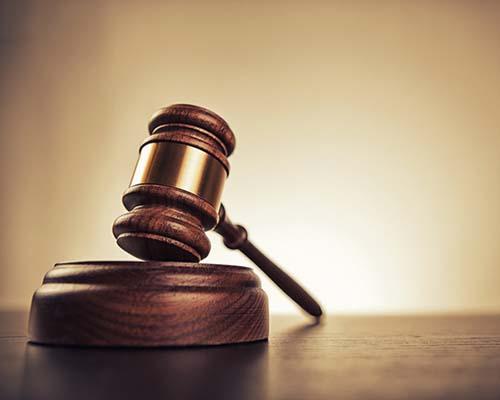 The Kentucky legislative session ended on March 30 with a flurry of bills crossing the finish line. Several items opposed by the Kentucky Grocers and Convenience Store Association (KGCSA) and its members did not pass this session, but the association expects them to come back next year.

In particular, two bills — SB 81 in the Senate and HB 147 in the House — would have allowed local governments to pass ordinances regulating the sale, display and use of tobacco and vapor products. KGCSA developed a coalition over the summer of 2020 and throughout the legislative session to oppose such legislation.

Allowing local governments to regulate tobacco and vapor products would create a maze of regulations for retailers to follow, leading to increased costs and loss of sales to unregulated communities. This is especially true in Kentucky, where there are 120 counties and more than 430 cities, KGCSA cited.

Health advocates led by the Foundation for a Healthy Kentucky continued to push the legislation during the session, arguing that cities and counties previously had the authority to regulate tobacco until the preemption law was passed in the 1990s. KGCSA asserts this is untrue, citing the Kentucky Constitution states that local governments cannot regulate without express authority of the legislature anywhere that a statutory scheme of legislation is in place. The state of Kentucky regulates tobacco products at the state level; therefore this authority rests at the state level, according to KGCSA.

The bill failed to gain referred to any committee, but advocates continue to push legislators to back their efforts.

Another bill, House Bill 135, would require that all property in Kentucky be assessed at its "highest and best use," which would result in the highest possible assessment of the property. Property valuation administrators argued that big-box retailers were not paying their fair share of property taxes, while KGCSA argued that this is what income taxes are for and not property taxes.

The bill was introduced and referred to the House Appropriations & Revenue Committee but did not receive a hearing. The association expects the legislation to return next year and plans to continue to educate legislators about the problems with the bill.

Finally, a gas tax increase pushed by advocates late in the legislative session did not see final passage. A coalition of multiple organizations, including the Kentucky Chamber of Commerce, argued in favor of increasing the gas tax and restructuring it to include language that would allow it to increase every year, based on the National Construction Index. The House and Senate failed to reach an agreement on the gas tax.

Senate Bill 5 did not pass the House in time to ensure that a governor's veto could be overridden, but did pass before the General Assembly adjourned. It became law after Gov. Andy Beshear did not sign or veto the bill.

The House adopted a floor amendment that expanded the protections of SB 5 from those adopted by the House Judiciary Committee. The amendment adopted language that would limit premise liability protections, which critics say would have been particularly harmful for retailers not deemed essential by the legislation.

House Floor Amendment 6 amended the legislation to expand premise liability further to include legal liability protections — not just in claims of exposure to COVID-19 but also to claims related to COVID-19 mitigation efforts. It also decreased the statute of limitations to one year for the claim. The second part of the legislation provides governmental immunity to those essential service providers, including grocery stores, pharmacies, pharmacists and restaurants.

The state Assembly Health Committee failed to muster enough votes to advance a bill that would ban the sale of flavored nicotine pouches such as on! and Zyn in New York state. The New York Association of Convenience Stores (NYACS) teamed up with the National Association of Tobacco Outlets and other industry partners to convince committee members that no evidence exists to warrant such drastic action, resulting in a 13-13 tie vote. Sponsors of the bill will have to bring the bill back to the committee in the coming weeks.

Despite opposition from NYACS and other members of the business community, the Senate and Assembly passed legislation that association alleges was mislabeled as the New York HERO Act.

According to NYACS, the act would saddle employers with redundant and cumbersome administrative mandates relating to protecting employees and customers from the spread of airborne infectious diseases. It also creates a private right-of-action, enabling employees to sue employers claiming they contracted such diseases on the job, and allow workers in businesses with 10 or more employees to establish committees that would have outsized influence over workplace safety policies.

The bill now goes to the desk of Gov. Andrew Cuomo.

The Senate and Assembly passed legislation that, if signed by Gov. Cuomo, would require that as of 2035, only zero-emission passenger cars and trucks may be sold in New York State, regardless of the real-world feasibility or consequences of such a law, according to NYACS. The association objected to the bill.

Meanwhile, a separate bill attacking the petroleum industry is still in committee in both houses. The Climate and Community Investment Act would impose a carbon tax of $55 per ton of fossil fuel emissions. The Business Council of New York State estimates this would trigger a 55-cents-per-gallon increase, making New York's motor fuel taxes the highest in the nation.

Philadelphia Mayor Jim Kenney unveiled his 2022 budget and five-year plan in mid-April. The proposed budget would spend $5.1 billion, an increase of $200 million over last year's budget.

Philadelphia's budget, like other municipal budgets in the state, will be helped significantly by federal stimulus dollars. According to the mayor's office, the plan would include:

The Philadelphia City Council will vet the proposal at a series of budget hearings beginning in May.

In Pittsburgh, city officials have introduced legislation to form a Pittsburgh Recovery Task Force to oversee the distribution of stimulus funds. Pittsburgh Mayor Bill Peduto supports the measure and expects to use at least some of the money coming from Washington, D.C., to make up a shortfall in its 2021 budget and restore money to its depleted reserve fund. The task force's objective will be to determine how to direct funds beyond those two items and develop an equity-first spending plan, which would aim to reduce racial inequities in the city.

The Pennsylvania Food Merchants Association (PFMA) is monitoring the progress of both cities as they work through their stimulus distribution plans.

President Joe Biden's $1.9 trillion stimulus package passed into law, bringing with it significant relief to Pennsylvania's state and municipal budgets. According to the White House, the legislation allocates $7.4 billion for Pennsylvania state government, $4.9 billion for local governments, and more than $5.1 billion for K-12 schools.

In addition to the direct relief for governments, the bill contains significant boosts for public benefits, including Supplemental Nutrition Assistance Program (SNAP). The 15-percent increase in SNAP benefits contained in December's COVID-19 relief bill would extend out to September 2021, while Pennsylvania and other states also will be able to extend the Pandemic-EBT program, providing grocery benefits to eligible families when children are unable to attend school in person.

PFMA is monitoring the distribution of stimulus funds and is working with state agencies to maximize the effective allocation of SNAP resources.