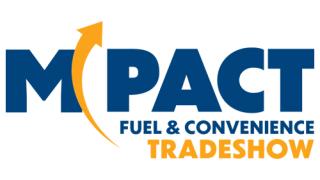 INDIANAPOLIS — M-PACT, the Midwest Fuel and Convenience Tradeshow, has been named to the Gold 100 Award list presented by Trade Show Executive (TSE) magazine.

"We are extremely pleased and honored that M-PACT has been selected in TSE's Gold 100. Our team consistently works hard every year to ensure an innovative experience filled with top-notch vendors, industry focused educational sessions, valuable networking events and quality speakers," said Josh Sharp, CEO of the Illinois Fuel and Retail Association.

TSE award recognizes the top trade shows across all industries held throughout the United States, particularly those that set the gold standard in a tumultuous 2021.

"The accomplishments of the Gold 100 show organizers are a major feat during the ups and downs of the pandemic. Many challenges and new protocols were put before them, and they prevailed. All of us at TSE are excited for them and proud to honor them at this year’s awards gala," TSE publisher and editor-in-chief Gabrielle Weiss said.

M-PACT will be recognized at the Trade Show Executive Awards Gala and Summit at The Ritz Carlton Bacara in Santa Barbara, Calif., on Sept. 21-23.

This year's Gold 100 Summit and Awards Gala is a celebration of the winners, as well as the industry’s strong resurgence after a pandemic that changed the way in which the world did business.

It celebrated its 20th annual Midwest Fuel and Convenience Trade Show (M-PACT 2022) with the first-ever M-PACT Awards Ceremony, held on the show's opening day during the general session, along with multiple other special events for the 3,400 registered attendees and more than 300 exhibitors.

The trade show took place April 19-21 at the Indiana Convention Center in Indianapolis.

"This show was perhaps the best M-PACT we've ever held," said Scot Imus, executive director of the Indiana Food & Fuel Association. "Everyone had a great time, and this was a terrific milestone event for our 20th anniversary."

During the event, M- PACT 2022 also featured a 20th-anniversary kick-off celebration, an M-PACT Open at Topgolf and a $20,000 giveaway, which was received by Tommy Janisse of Keystops LLC.

"This show was perhaps the best M-PACT we've ever held," Imus said. "Everyone had a great time, and this was a terrific milestone event for our 20th anniversary."

M-PACT is the largest gathering place in the Midwest for energy and convenience industry leaders. M-PACT 2023 will be held
on April 4-6 in Indianapolis at the Indianapolis Convention Center.