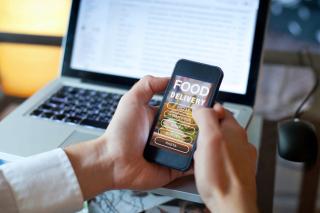 CHICAGO — Restaurant digital orders have grown at an average annual rate of 23 percent since 2013 and are projected to triple in volume by the end of 2020, according to The NPD Group. Additionally, six out of 10 digital orders are place by mobile apps.

A restaurant's app or website represents 70 percent of digital orders while the remaining orders are placed through third-party apps, or other types of apps or websites, according to NPD's "Delivering Digital Convenience" report.

Reasons that restaurant branded apps are accessed the most include the fact that customers of some of the brands are more drawn to rewards and savings, while other restaurant brands appeal to consumers who want to customize their order or take time and friction out of the ordering process. Frequency of use varies by brand, but deals and discounts contribute to greater use, NPD found.

Third-party apps such as DoorDash, Grubhub/Seamless and UberEATS are not as popular as restaurant-branded apps, but they account for 40 percent of the most-used apps.

Primary reasons customers cite for using a third-party app include looking up items, paying for meals and checking prices. For smaller and independent operators, third-party apps level the playing field and offer them a piece of the growing digital ordering sector without having to make expensive investments in IT infrastructure, according to NPD Group.

"Digital orders will remain an outsized source of growth for the restaurant industry over the next few years, and operators who desire to grow need to embrace a digital strategy," said David Portalatin, NPD food industry advisor and author of "Eating Patterns in America."

"There are clear leaders in the digital ordering space, brands, and third-party providers who have achieved critical mass the fastest. To make the best decisions about digital strategies and potential partnerships, operators need to understand the key features that differentiate these companies from one another," he added.