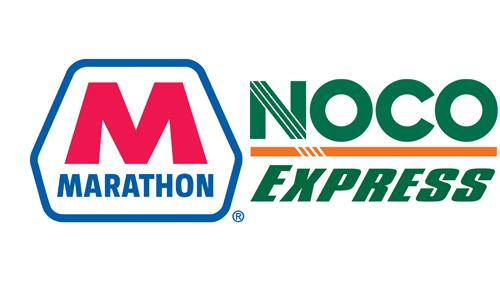 Under terms of the transaction with NOCO Energy Corp., MPC is acquiring 33 NOCO Express locations and a 900,000-barrel capacity light product and asphalt terminal in Tonawanda, N.Y., as Convenience Store News previously reported.

NOCO Energy President James Newman told The Buffalo News that a "staged closing" of the deal is underway. The fuel terminal changed ownership on July 15 and MPC is converting three to five c-stores a day through July 24.

The former NOCO Express on Lake Street in Hamburg, N.Y. was the first to sport the Speedway banner. MPC is the parent company of the Speedway LLC retail network.

According to Newman, the c-stores will continue to feature their Tim Hortons, Subway and Charlie the Butcher locations.

"They already deal with many of our suppliers, whether it be the beer guys or the product people," Newman said, referring to Marathon officials. He expects the Speedway stores to be "pretty aggressive" with gasoline prices, the report added.

The six locations not included in the deal will continue to maintain the NOCO Express banner but will probably transition to a new identity in September once NOCO Energy completes lease transactions for the sites. The six c-stores are in Depew, East Aurora, Webster, Macedon, Wayland, and Lima, N.Y.

Newman called the rebranding of the c-stores "very emotional," according to the news outlet.

"It's been a big part of our existence. My brother, Mike, and I grew up working at these gas station locations. I'm also excited about the pivot of the business model going forward," he said.

After the sale, Tonawanda, N.Y.-based NOCO Energy will move forward focusing on its energy services business, which includes home, commercial and farm services. The family-owned company also has expansion and acquisitions on its to-do list, notably in the highly fragmented home heating oil and propane business