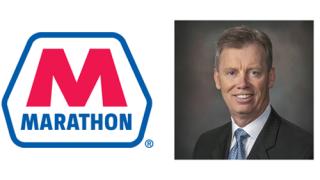 On May 14, the company officially handed over the Enon, Ohio-based convenience store chain to Irving, Texas-based 7-Eleven Inc. for $21 billion.

"The close of the Speedway sale marked a significant milestone in our ongoing commitment to strengthen the competitive position of our portfolio," MPC Chief Financial Officer Maryann Mannen said during the company's second-quarter earnings call, held Aug. 4.

According to Mannen, the after-tax proceeds from the sale will be $17.2 billion — higher than MPC's initial $16.5 billion estimate.

Since the close of the transaction, MPC reduced structural debt by $2.5 billion and purchased approximately $1 billion of stock. It is now starting to take the next steps to complete a $9 billion return of capital over the next 12 to 16 months.

MPC is also moving forward with the engineering and permitting process to convert its Martinez, Calif., oil refinery to a renewable diesel facility.

In its refining and marketing segment, income from operations was $224 million, compared to a loss of $1.5 billion for the same period last year. This was an increase of $728 million when compared to the first quarter of 2021. The increase was driven primarily by higher refining margins, according to Mannen.

Midstream segment income from operations, which primarily reflects the results of MPLX LP, was $977 million in the second quarter of 2021, compared to $869 million for the second quarter of 2020. Segment adjusted EBITDA was $1.3 billion vs. $1.2 billion for the year-ago period. Midstream results for the quarter benefited from higher revenue and lower operating expenses, the company noted.