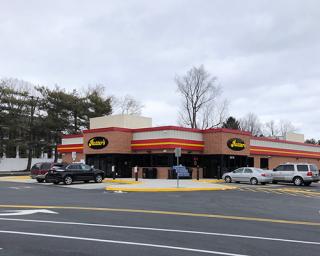 YORK, Pa. —Rutter's opened its 73rd convenience store and its first in the state of Maryland.

The new Rutter's is located at 9210 Woodsboro Pike on Route 194 in Walkersville, a northern suburb of Frederick, Maryland's second largest city.

As the first location within the state, the store will introduce Rutter's and its fuel, food and dairy products to the Maryland convenience market, the company said.

"We are happy to announce expansion into our third state," said Scott Hartman, president and CEO of Rutter's. "Maryland is a natural progression for us in our growth plans. Actually, the Pennsylvania-Maryland line is a mere 19 miles from our corporate office. Walkersville is the first of seven locations currently planned for the Maryland market in the near future."

The store will employ 50 people and operate 24 hours a day.

A grand opening event will take place Feb. 22 from 2 p.m. to 4 p.m. Hartman will cut the ribbon after presenting three local charities with donation checks. Attendees can enjoy food samples from the menu, promotional giveaways and more.