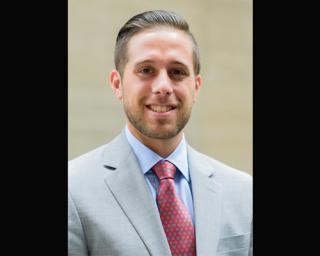 YORK, Pa. — After graduating with a degree in accounting and finance, Christopher Hartman began his professional career with Crossmark as a food broker in its management training program. He later earned his master's degree through George Washington University's global MBA program and joined Rutter's in 2018.

Hartman grew up in the convenience store industry and is part of the 11th generation of his family to work for Rutter's.

In his current role, he manages fuel, Rutter's top revenue driver, along with the forecourt, which includes car washes and signage. Hartman also oversees the company's advertising department. According to his nominator, he has proven to be a valuable asset in growing store sales and profits.

Hartman represents Rutter's at charity events and serves as chairman of the board for Rutter's Children's Charities.

In his free time, he enjoys golfing and is currently on a quest to play the top 100 golf courses in the world with his father, Scott Hartman, who serves as president and CEO of Rutter's.