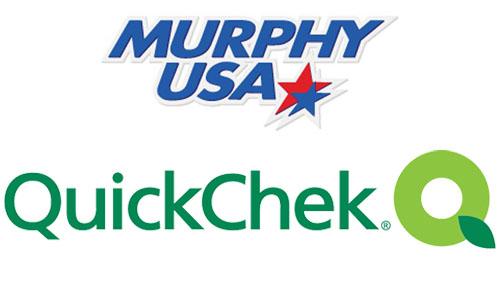 EL DORADO, Ark. — Looking back on the last few months since acquiring QuickChek Corp., Murphy USA Inc. remains focused on its synergy targets and bullish on the integration opportunities — some of which have already begun.

"We remain extremely excited about the QuickChek acquisition and are increasingly confident in our ability to achieve our three-year synergy estimate of $28 million across the fuels, merchandise and OPEX G&A [operational expenses and general and administrative] areas, including reverse synergies," Murphy USA President and CEO Andrew Clyde said during the company's first-quarter 2021 earnings call, held April 29.

Murphy USA closed on its $645-million acquisition of Whitehouse Station, N.J.-based QuickChek Corp. on Jan. 29, one month into the first quarter of 2021.

Initial integration efforts have validated the value creation opportunity of the deal.

"Engagement between both teams has been high, and the excitement around the unfolding synergy opportunities is increasing," Clyde reported. "The integration team has already capitalized on quick wins, and is assuming a deliberately thoughtful and appreciative approach to longer-term initiatives, taking care not to dilute the unique value and distinct capabilities of the QuickChek brand."

"With respect to leveraging scale, the benefits range from materially obvious to perhaps less apparent but more easily attainable opportunities," he explained. "For example, we are deeply engaged in preparing to consolidate and address upcoming contract expirations in the fuel procurement area as a significant source of margin enhancement, in addition to bundling some insurance coverages at lower rates provided by the scale of the combined company."

The retailer also sees opportunities with other vendor contracts that are slated for renewal later this year and in 2022.

Sharing best practices across both companies "has been a highly informative exercise for both parties that has helped unlock early savings and revenue opportunities," he added.

"For instance, by deploying a commonplace use of the Kalibrate fuels pricing system and how we utilize competitor data sets to develop market-based pricing tactics, we are enhancing fuel pricing performance," Clyde stated. "Further, a review of the scalability of certain back-office functions will help streamline and efficiently automate processes, eliminating redundancies and some currently outsourced services at QuickChek."

From a strategy perspective, Murphy USA is also focused on identifying and exploiting some of the technological achievements QuickChek has integrated into its operations — including computer-assisted ordering — where its expertise will help accelerate Murphy USA's efforts around other customer-facing technologies such as self-checkout.

Murphy USA's total revenue for the first quarter of 2021 was $3.5 billion, inclusive of approximately two months of impact from QuickChek. That compares to $3.2 billion a year ago. Adjusted EBITDA was $154.8 million in the first quarter vs. $170.7 million for the same period a year ago.

Due to additional depreciation and interest expenses from QuickChek, coupled with $8.8 million in one-time acquisition-related costs, net income for the first quarter was $55.3 million, compared to $89.3 million a year ago, according to Mindy West, executive vice president of fuels and chief financial officer.