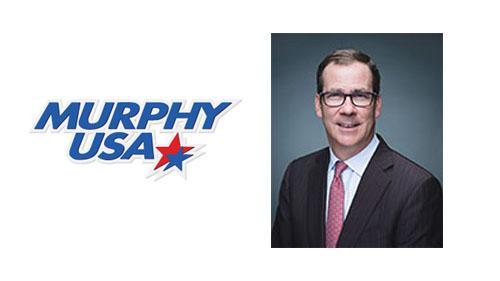 EL DORADO, Ark. — Murphy USA Inc. emerged from a challenging third quarter with optimism for the coming months and an ambitious growth plan for 2021.

Starting next year, the convenience store retailer will move forward with accelerated organic growth objectives that call for building up to 50 new-to-industry locations annually. The new builds will be Murphy USA's larger 2,800-square-foot store format.

The company's 2021 agenda also includes plans to raze and rebuild 25 existing kiosks and turn them into its smaller 1,400-square-foot format in Walmart parking lots.

This level of expansion is possible thanks to the foundation of a new-to-industry pipeline of more than 100 locations that Murphy USA developed over the past two years in order to deliver growth on a sustainable basis, company officials reported during the company's third-quarter 2020 earnings call, held Oct. 29.

Although Murphy USA President and CEO Andrew Clyde called organic growth "the most significant driver" of both earnings and value, the company is open to pursuing targeted merger and acquisition activity, particularly if it includes chains with existing at-scale food and beverage capabilities that could deliver immediate benefits and upgrade Murphy USA's existing operations. The company may also consider acquiring midsized regional chains if they offer a strong strategic fit that complements Murphy USA's organic growth strategy.

To get the most out of both its larger- and smaller-format stores, Murphy USA is currently developing an enhanced food and beverage program and has made several recent hires as part of this process, which Clyde described as the natural outcome of the maturity of its operating model. The impending renewal of its supply chain partnership with Core-Mark International is also a factor in the development of the program.

Regardless of whether the process is fully organic growth or includes acquisitions, Murphy USA intends to develop a fit-for-purpose food and beverage model for its portfolio and a differentiated offer to customers, company executives stated.

The earnings call also featured the announcement of an update to Murphy USA's capital allocation strategy. The board of directors has authorized a new share repurchase authorization of up to $500 million to begin upon completion of its current $400 million authorization and to be executed by Dec. 31, 2023. Additionally, it authorized the initiation of a quarterly 25-cent-per-share dividend, or $1 per share annualized, with an initial quarterly dividend payable Dec. 1, 2020, in order to diversify its shareholder distribution mechanisms to provide consistent and meaningful returns of capital to shareholders, independent of the timing and magnitude of potential share repurchases.

Murphy USA's net income for Q3 2020 was $66.9 million, compared to net income of $69.2 million in Q3 2019. The company noted, however, that the quarter included a $10 million increase in its selling, general and administrative expenses primarily due to a donation to its charitable foundation, while the same quarter a year ago included a loss on early debt extinguishment of $14.8 million.

"Murphy USA delivered strong third-quarter performance as continued improvements in customer traffic, sustained gains and double-digit sales growth in key merchandise categories, along with higher total fuel margins in a rising price environment shaped performance for the past three months," Clyde stated. "These trends have continued into October where traffic continues to rebound and same-store fuel gallons have recovered to 94 percent of prior year. As we begin to put 2020 in the rearview mirror, we are excited about our accelerated 2021 growth plans and our enhanced shareholder-friendly capital allocation strategy."

The chief executive believes that while the COVID-19 pandemic has changed how business performance is discussed, "it feels like we're back to talking about normal drivers of volatility."

He also cited that its Q3 numbers validate expectations that fuel retailers are establishing higher baseline margins and that Murphy USA will continue to benefit from higher fuel margin break-even requirements, setting the stage for further success in 2021.

On the merchandise side, Murphy USA saw solid Q3 improvement, particularly in: tobacco, which turned in higher unit volumes, sales dollars and margin during the quarter; consumables such as packaged beverages, candy and salty snacks; and lottery purchases. Clyde pointed to these as signals that customers are continuing to seek value from convenience stores' core products.

He also expressed his satisfaction with the company's $10 million donation to the Murphy USA Charitable Foundation, which supports positive changes in local communities with an emphasis on El Dorado and southern Arkansas, as well as the results of its Home Office 2020 United Way Campaign, which generated record employee pledges of more than $375,000. These donations are "a wonderful outcome, considering the elevated needs in our communities this year," Clyde said.

Looking ahead, he expects Murphy USA's past planning to yield positive results.

"It's clear business is gaining momentum heading into 2021," he said.

Murphy USA operates nearly 1,500 sites located primarily in the Southwest, Southeast and Midwest United States. The company and its team of nearly 10,000 employees serve an estimated 1.7 million customers each day through its network of retail gasoline stations in 25 states. The majority of Murphy USA's sites are located in close proximity to Walmart stores. The company also markets gasoline and other products at standalone stores under the Murphy Express brand. Murphy USA ranks No. 262 among Fortune 500 companies.