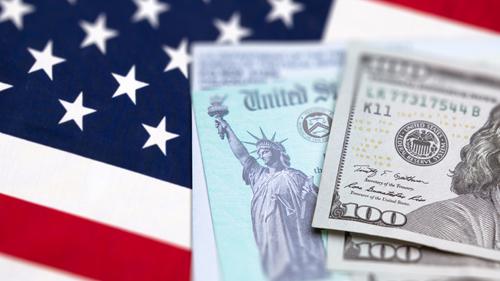 NATIONAL REPORT — As state lawmakers convene to set this year's budgets, the issue of tobacco tax increases has been brought up in nearly half of the country. However, the recently passed federal stimulus plan could change the trajectory, according to the National Association of Tobacco Outlets (NATO).

As of March 19, bills had been introduced in 20 states to raise cigarette and/or tobacco product taxes. There is the possibility that more states could join them in taking up tax bills this year, according to NATO Executive Director Tom Briant, who presented during Tobacco Plus Expo 2021 (TPE 2021) virtual education sessions held last month.

Due to the pandemic, TPE 2021 decided to offer a split format, holding virtual education sessions in the beginning of the year followed by an in-person event in May.

In his session entitled "The Two Front War: Flavor Bans and Taxes in 2021," Briant reported that tax bills in North Dakota and Virginia have either died in the legislature or been defeated. Meanwhile in Maryland, state lawmakers recently overrode Gov. Larry Hogan's veto of a 2020 bill to raise cigarette and vapor levies.

Additionally, 19 states are currently considering bills to adopt a new tax on electronic cigarettes or vapor products, or raise the current tax rate on such products.

"This stimulus plan may be an important factor in determining whether or not states pass legislation increasing cigarette, tobacco and/or vapor taxes," Briant said.

Along with $1,400 individual stimulus checks, the American Rescue Plan includes $350 billion specifically set aside for direct, unrestricted aid to states, cities and counties.

"The unrestricted status of the $350 billion means the states, cities and counties can use the funds for any purpose, except they cannot use the money to decrease state or local tax rates of any kind," Briant explained.

Out of the $350 billion earmarked for the state and local governments, $195 billion — or 56 percent — will go directly to the states, he noted.

"There is a new argument that can be made that these new stimulus being received by the states either eliminate or negate the need for states to raise any taxes, including cigarette, tobacco or vapor taxes," Briant said.

NATO is reaching out to lawmakers in the states with pending cigarette and tobacco tax increase bills with the message that proceeding is not necessary.

"There is no reason to raise taxes when they have all this stimulus money coming into their state treasury," Briant pointed out.

He also noted that most states had tax collections in 2020 that were on par with 2019.

"Last year, after the COVID pandemic begun, states estimated they would have deficits in their tax collections. However, the majority of states have collected just about as much revenue in 2020 as in 2019," he said. "Moreover, no state had a significant reduction in tax collections. In fact, 21 states reported positive increases in tax collections."

These statistics show that states do not have any justification — from a revenue standpoint — to approve tobacco tax increases, according to Briant.

NATO is a national trade association organized to enhance the common business interests of all tobacco retailers and to monitor and assist members in responding to tobacco-related legislation on the local, state and federal levels.