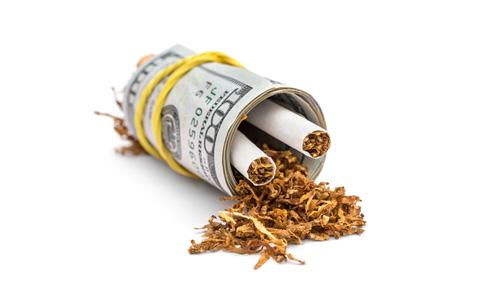 NATIONAL REPORT — A proposal to increase the federal excise tax on tobacco will do more than just impact adult consumers' wallets. It will impact everything from retail sales to tax revenue to the overall national economy.

According to a study commissioned by the National Association of Tobacco Outlets (NATO) and compiled by Chmura Economics and Analytics, any hike to the federal cigarettes, tobacco and vapor taxes will have a significant negative economic impact on the national and state levels.

"The large federal tax increases proposed in the congressional reconciliation budget bill would have a significant negative economic impact not only on retail stores, distributors, and their employees, but also on states, cities and the local communities, NATO stated.

Pointing to market data, the association said cigarette and other tobacco product sales account for more than one-third of in-store sales in U.S. convenience stores and roughly 90 percent of sales at tobacco outlets.

In addition, approximately 3.8 million employees nationwide work at stores that sell tobacco products. State and local excise taxes and sales taxes collected on these products are also critical revenue sources to state and localities across the nation, NATO stated.

"The proposed federal cigarette and tobacco product tax increases in the budget reconciliation bill would result in major market disruptions and substantial economic impacts. These disruptions and impacts would occur because the legislation would double the federal cigarette tax, a 100-percent increase from $1.01 per pack to $2.02 per pack, while increasing the tax rates on other tobacco products by up to 2,000 percent," NATO explained.