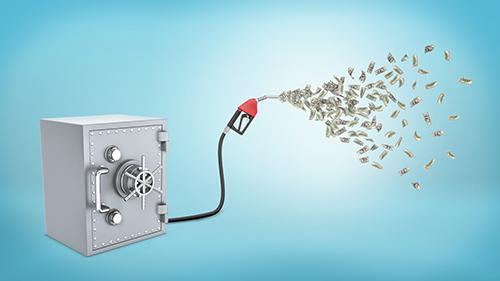 NAPLES, Fla. — More than six in 10 (62 percent) U.S. adults are concerned about the security of their financial data when they pay at gas pumps and convenience stores, according to a new survey from YouGov and ACI Worldwide, a provider of real-time electronic payment and banking solutions.

The study examined the shopping and payment habits of Americans at grocery stores as well as fuel and c- stores.

Just 7 percent of surveyed consumers prefer to pay with a mobile app at c-stores and gas stations, but of the 10 percent who have used a mobile app, 83 percent are satisfied with their experience in terms of speed and convenience.

"Skimming devices at gas pumps are frequently used to steal consumers' financial data, hence the high level of concern with data security at gas pumps," stated Benny Tadele, vice president, merchant solutions, ACI Worldwide. "However, few consumers are aware that digital wallet payments are not only faster and easier, but they are generally more secure than traditional methods of payment."

Thirty-six percent of consumers said they are somewhat satisfied regarding the purchasing experience at c-stores and gas stations, compared to the 27 percent who are very satisfied, and 21 percent who are neither satisfied nor dissatisfied. Sixty-nine percent of baby boomers are satisfied with their payment experience, ahead of younger generations.

When evaluating their preferred method of payment at c-stores and gas stations, 55 percent prefer credit or debit cards while 21 percent prefer cash. Consumers in the northeast are the least likely to prefer credit/debit at 47 percent, compared to those who live in the Midwest (64 percent), the West (56 percent) and the South (52 percent).

Those in the Northeast also prefer cash the most (26 percent) compared to the Midwest (18 percent), the West (22 percent) and the South (21 percent).

"As Gen Z continues to gain purchasing power, retailers and merchants need to consider offering digital wallet payments as an option or be left out," Tadele said. "By addressing security through tokenization, point-to-point encryption and fraud prevention and detection tools, merchants are increasing consumers' confidence in using these convenient channels of payment."