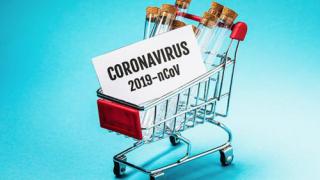 SAN DIEGO — The convenience channel remains open for business during the COVID-19 pandemic; however, news research found basket rings are smaller than usual.

According to TrendSource, since the novel coronavirus began to spread across the United States, 64.4 percent of consumers have reported a decrease in spending in convenience stores.

On the bright side, a little more than half (51.7 percent) reported they expect their c-store spending to return to normal once the spread of COVID-19 begins to decrease, and 45.2 percent expect normal spending levels to return once the virus is eradicated.

Not all consumers are spending less. Of those who are spending more at c-stores since the outbreak of COVID-19 in the U.S., most attributed this to:

Of those who said their spending in the channel have decreased since the outbreak, three quarters of the respondents attributed this to trying to limit the amount of store visits they make, followed by one third of respondents who said they often shopped at c-stores when they were working, but have recently been forced to stay home.

San Diego-based TrendSource surveyed 943 primary household shoppers across the US about their shopping behavior in the wake of COVID-19.