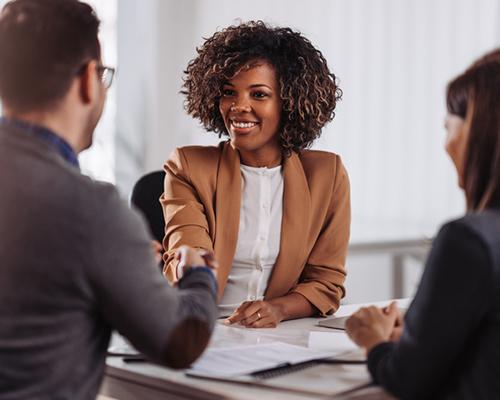 According to new research published in the Harvard Business Review, researchers examined how companies changed their long-term strategic approach after appointing female executives by tracking appointments of male and female leaders and analyzing research and development (R&D) expenses, merger and acquisition (M&A) rates and the content of letters to shareholders. The study included 163 multinational companies over 13 years.

After women joined the C-suite, companies increasingly embraced transformation while seeking to reduce the associated risks. A linguistic analysis of changes in company documents grouped terms such as "bold" and "venture" as likely reflecting a greater propensity for risk-taking, while terms such as "transform" and "launch" indicated greater openness to change.

After appointing female executives, the frequency of terms that indicate a propensity for risk-taking decreased by 14 percent, while the frequency of terms suggesting openness to change increased by 10 percent. This suggests that rather than simply bringing new perspectives to the top management team, it shifts how the team thinks; the presence of women makes the team collectively more open to change and less comfortable with risk-taking.

Conversely, research showed that after women were appointed to senior positions and companies began to exhibit higher levels of openness to change and aversion to risk, firms reported an average 1.1 percent increase in R&D investments, a substantial increase in actual dollars.

The impact of female appointments was greater when women were well-integrated into the top management team.

The more effectively female executives were able to integrate into the TMT, the greater impact they were likely to have on decision-making. Two key factors influence this:

The study offered several possible explanations for the root causes of its findings. For example, to reach the highest corporate levels many women balance standing out through promoting novel strategies to avoid the perception of timidness, yet carefully weigh the benefits of such strategies vs. the risks of potential failure, as professional costs for mistakes are often higher for underrepresented groups. This could lead TMTs to increasingly balance innovation with risk mitigation as more women join.

Additionally, research suggests that female executives are likely to be more open to challenging the status quo and less likely to care about tradition, which could trigger more open-mindedness in existing TMT members. Similarly, women who are more risk-averse could influence their team to likewise grow more cautious.

Finally, changes to companies' strategies may simply be the result of increased diversity in the TMT, as research suggests that having more diverse perspectives to weigh in on key decisions can push a group to become more open to change and more likely to see change as feasible; meanwhile, having a wider range of opinions is likely to slow down decision-making, which decreases the likelihood a group will make rash or risky decisions.