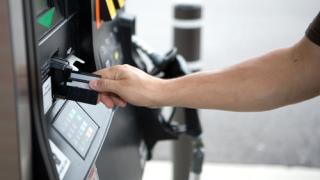 MIAMI — The deadline for shifting the EMV liability on the forecourt passed this weekend and new research indicates many fuel retailers were not prepared.

According to ACI Worldwide, a provider of real-time digital payment software and solutions, shows that as of April 17, less than half (48 percent) of fuel merchants were able to meet the EMV automated fuel dispenser (AFD) compliance mandates.

As of the extended deadline, the liability for fraud now shift from card issuers to fuel merchants.

The data also showed that only 50 percent of fuel merchants who were not fully implemented expect to be EMV compliant by the end of 2021.

"Although previously protected from fraud losses, merchants will now bear the brunt of fraud overnight," said Debbie Guerra, executive vice president, ACI Worldwide. "While EMV compliance is a major undertaking, and one that requires a significant capital investment, there is no doubt that the pandemic also played a big role in some fuel merchants' inability to meet the April deadline. With overall diminished resources due to the pandemic and slow testing and certification, which is typically done in person, merchants have certainly been challenged."

"Fortunately, for fuel merchants and their customers, the upgrades required for EMV at the dispenser will increase point-to-point encryption technology adoption. The additional bandwidth will allow merchants to secure all of their payments upfront," Guerra said.

Key findings around EMV readiness by the April 17 deadline include:

In addition, key findings on expected completion of EMV compliance include:

As for digital payments and additional improvements, 91 percent of fuel merchants plan to implement contactless payments in 2021, an increase compared to 85 percent that were planning to do so in 2020; 78 percent are considering implementing mobile payment options in 2021, an increase compared to 70 percent in 2020; and 48 percent are evaluating how to integrate loyalty initiatives at the fuel dispenser, a drop compared to 67 percent that were considering it in 2020.