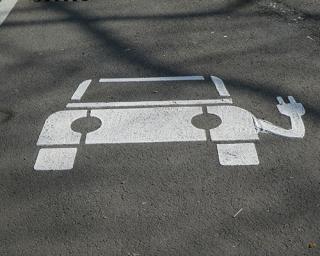 A majority (52 percent) of consumers say they have positive impressions of EVs, compared to only 18 percent who have negative opinions, according to a new survey released by NACS. Nearly half (48 percent) say they have developed a more favorable opinion of EVs over the past few months.

Access to charging outside of the home is an important consideration for drivers. Most Americans (54 percent) say they don't have the ability to charge at work or home, and only 42 percent said they lived in a house or apartment that had a garage suitable for charging, according to the results of a 2020 NACS consumer survey.

However, NACS also concluded that these positive impressions may be one reason why drivers also say EV sales and market penetration are much higher than reality. They believe that 20 percent of all new cars sold in 2021 were EVs, when in fact, only 3 percent of all cars sold were EVs. Consumers also believe 15 percent of vehicles on the road are EVs, while less than 1 percent are, reported NACS. Younger consumers ages 18 to 34 are far more likely to overstate EV growth, saying that 25 percent of car sales are EVs and that 20 percent of vehicles on the road are EVs.

"The survey results show that advertising works. Super Bowl commercials and other high-profile ad campaigns related to EVs have made an impression and set the bar for growth. Consumers say that convenience stores are the most logical place to charge, replicating the experience of traditional fueling," said NACS Vice President of Strategic Industry Initiatives Jeff Lenard.

Alexandria-based NACS advances the role of convenience stores as positive economic, social and philanthropic contributors to the communities they serve. The U.S. convenience store industry, with more than 152,000 stores nationwide selling fuel, food and merchandise, serves 165 million customers daily and has sales that are 11 percent of total U.S. retail and foodservice sales.