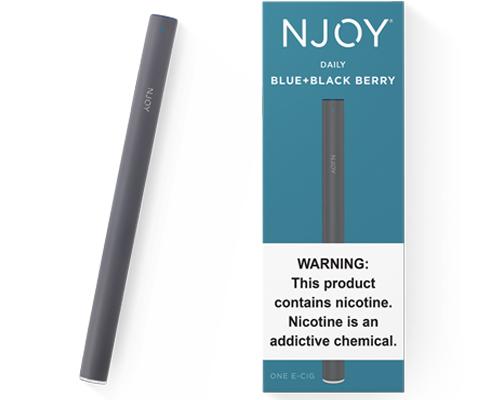 SCOTTSDALE, Ariz. — NJOY Holdings Inc. is voluntarily halting U.S. sales of its fruit-flavored products as lawmakers and antivaping advocates raise concerns that young consumers might migrate to the throwaway devices.

The Food and Drug Administration's (FDA) new e-cigarette limits are set to take some sweet and fruit-flavored products off the U.S. market, but won't restrict sales of disposable e-cigarettes that come in flavors such as cherry crush, watermelon and pineapple lemonade, reported Wall Street Journal (WSJ).

The NJOY Daily disposable e-cigarette is slim and cylindrical, similar to the shape of a cigarette. It comes in flavors such as tropical twist and apple melon. Priced at $5.99, it represents roughly 13 percent of the company's sales.

NJOY is better known for its pod-based e-cigarette, NJOY Ace, whose popular watermelon and blueberry refills will be barred under the FDA's new policy. Fruity flavors account for about 70 percent of the company's sales, WSJ reported.

The company will stop shipping all products except those formulated to taste like tobacco or menthol once the FDA's restrictions take effect next week, according to a source familiar with the matter.

E-cigarette makers must submit for agency review by May any products they want to sell in the U.S. beyond that point. They can also apply to bring fruit-flavored products back on the market. NJOY plans to submit applications for its fruit-flavored Ace and Daily disposable products, the source added.

Based in Scottsdale, NJOY was founded in 2006 and is one of the largest independent vaping companies in the U.S. It offers a range of electronic nicotine products for adult smokers and vapers looking for an alternative.