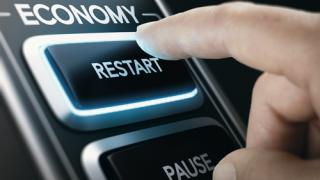 WASHINGTON, D.C. — Federal stimulus funds and the rollout of COVID-19 vaccines are key factors to the "dramatic progress" the U.S. economy has made in since the coronavirus pandemic brought activity to a halt a year ago, according to the National Retail Federation (NRF).

"The economy has come a long way compared with a year ago," said NRF Chief Economist Jack Kleinhenz. "Both monetary policy set by the Federal Reserve and fiscal policy set by Congress and the White House have responded with swift and overwhelming force to support the economy. NRF is optimistic that the recovery is accelerating and the needed rebuilding of the economy is underway. The rate of vaccinations is ramping up, and the numbers paint an increasingly encouraging picture."

As NRF's Monthly Economic Review reported, conditions have improved after the pandemic brought widespread shutdowns of retailers and other businesses beginning in March 2020.

This time a year ago, 22 million Americans had lost their jobs in two months, unemployment increased from a 50-year low of 3.5 percent to 14.7 percent, and economic output fell by 31 percent, according to NRF's report.

By contrast, more than half the jobs lost have been recovered, the Federal Reserve expects gross domestic product to grow 6.5 percent this year and household net worth is at an all-time high at $122.9 trillion, the association added.

According to Kleinhenz, the increase in net worth came as home values rose and savings accumulated as consumers stayed home rather than eating out, traveling or attending entertainment or sports events. The wealth "provides consumers with plenty of purchasing power" that will likely be seen across consumer-facing industries.

The new round of $1,400 stimulus checks currently being distributed under the $1.9 trillion American Rescue Plan Act are certain to "fuel another leg of growth," although they could be split between spending, saving and paying down debt, Kleinhenz said.

However, the economic recovery has been uneven, he added, noting that unemployment remains around 6.2 percent  and low-income workers and members of minority communities have been disproportionately impacted.

While some economists have expressed concern that the quickly growing economy could lead to inflation, Kleinhenz said he agreed with Federal Reserve officials who believe higher prices are unlikely to be sustainable. Supply will catch up with demand, the labor market is keeping wages in check and competitive ecommerce is limiting sellers' pricing power, he said.

NRF has forecast that 2021 retail sales — excluding automobile dealers, gasoline stations and restaurants — will grow between 6.5 percent and 8.2 percent over 2020's numbers to between $4.33 trillion and $4.4 trillion. That could top 2020's growth of 6.6 percent, which broke the previous record of 6.3 percent set in 2004 despite the pandemic.