NEW YORK — Federal menu-labeling regulations may be on hold but New York City is moving ahead with its own set of rules.

On May 18, Mayor Bill de Blasio said that all city chain food retailers offering prepared foods, or "restaurant-type foods," will be required to post calorie counts on menu boards.

In addition, chain restaurants and retailers will be required to have full nutritional information — not just calories — for standard menu items available on site, and they will have to post a statement about the daily recommended caloric intake of 2,000 calories.

This rule is required for all chain restaurants with 15 locations or more nationwide, affecting approximately 3,000 restaurants and about 1,500 food retailer chains, according to the city.

Starting May 22, the city's Departments of Health and Consumer Affairs will begin enforcing the updated calorie labeling rules by educating businesses during regular inspections.

After a three-month education period both agencies will begin issuing notices of violation subject to fines for not following the updated rule on Aug. 21. Chain restaurants and food retailers that are not in compliance will be subject to fines ranging from $200 to $600.

"We are all tempted to make unhealthy choices, but with these new, common-sense rules, New Yorkers will have the information to make better choices and lead healthier lives," de Blasio said. "We can no longer wait for federal action, and urge other cities to follow our lead."

In 2008, New York City became the first jurisdiction to require calorie labeling in chain restaurants. The move was followed by similar requirements in numerous cities, counties and states across the country. Calorie labeling requirements became a part of the Affordable Care Act in 2010.

However, earlier this month, the Food and Drug Administration (FDA) delayed enforcement of the rule for a year. The rule was set to go into effect May 5, as CSNews Online previously reported.

As a result, New York City officials decided to move forward with its regulations.

Initially released on Nov. 25, 2014, the federal rule establishes menu labeling requirements for chain restaurants and "similar retail food establishments." Generally, establishments that are covered by the rule must post calories for standard menu items on menus or menu boards; or, for self-service items and foods on display, on signs adjacent to the items.

NACS, the Association for Convenience & Fuel Retailing, is launching a two-pronged strategy to impact the future of the federal rule. One of those prongs is to get convenience retailers to submit comments directly to FDA.

The other prong, according to the association, is to once again spur congressional support and action on the Common Sense Nutrition Disclosure Act. 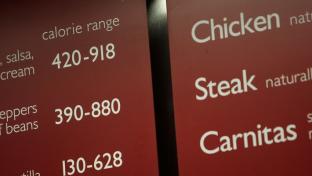 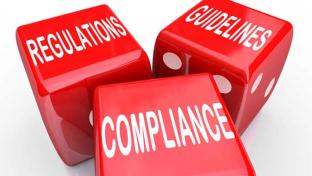 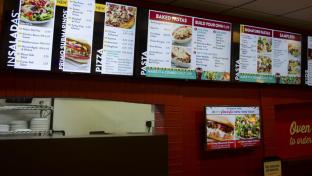 Foodservice
Does Your Foodservice Comply With New Menu Labeling Rules?