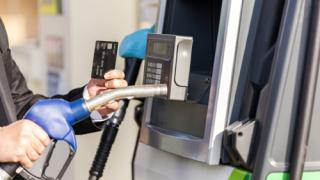 ALEXANDRIA, Va. — After several delays, the EMV liability shift at the pump finally occurred in April and now, convenience and fuel retailers who are behind in upgrading their forecourts are starting to feel the pinch.

As of the April 2021 deadline, any card fraud detected at automated fueling dispensers now falls to the responsibility of the retailer if EMV technology has not been implemented on their forecourt. Retailers feel the fraud in the form of chargebacks, according to Joshua Pynn, strategic insights consultant at CMSPI, an independent payments consultancy.

Chargebacks are when a fraudulent transaction, or an error in the reporting of the transaction, occurs and the consumer disputes the charge. If fraud is detected, the retailer is now responsible to pay for it, Pynn explained during a recent webinar hosted by industry technology organization Conexxus and sponsored by Invenco.

Based in Alexandria, Conexxus is a nonprofit, member-driven technology organization dedicated to the development and implementation of standards, technologies innovation and advocacy for the convenience store and petroleum market.

A CMSPI analysis found that chargebacks have tripled since January 2021.

"If you look at January as the baseline month, May is almost triple of what January was in terms of overall chargebacks. There was a pretty substantial increase of about 50 percent in April, and that really ballooned in May," Pynn said, explaining that chargebacks are often delayed because it takes some time for the consumer to realize the fraud and file a report. "The feedback loop takes some time."

EMV liability shifts are not new to the convenience and fuel retailing industry. The in-store EMV deadline occurred in 2015; however, the shift for at-the-pump transactions was pushed back multiple times to April 2021. While the most recent delay was driven by the COVID-19 pandemic, Pynn pointed out that becoming compliant at the pump is a more difficult undertaking than becoming compliant in the store.

"Chargebacks have not only grown in volume, but they have grown in value. The average value of every chargeback hovered somewhere around $50 before April. Then, in April and May, they grew to over $70. That's an almost 40-percent increase," he noted.

This increase could be happening for several reasons, according to Pynn: chargebacks will be happening more now at the pump, and pump transactions have a higher transaction value than in-store; and gas prices have been higher in recent months.

"This is a significant issue for many different merchants in the industry, both large and small, on their way to becoming fully compliant," he said.

In addition, he said the data suggests that EMV is the culprit for the rises in both volume and value in chargebacks. Each chargeback comes with a code that identifies what type of chargeback it is. In May 2021, almost 60 percent of chargebacks were specifically attributed to EMV. Previously, that number ranged between 5 percent and 8 percent, before reaching 20 percent in April.

"We would expect this to continue into June, July and August until the entire industry becomes more and more compliant," Pynn said. "It's becoming a pretty significant issue if you are looking at chargebacks, but also just in general as it has doubled the effect of fraud as a percentage of revenue from March to May."

As the industry is starting to see the effect of those operators who have not yet made the transition in the EMV journey, there are several options for retailers looking to solve the outdoor EMV compliance issue, according to Dan Harrell, chief innovation officer at Invenco, a global provider of self-service payment solutions.

​​Retailers can buy a new EMV-ready pump from a pump manufacturer, buy a new pump without EMV technology and retrofit it, or buy a retrofit kit for their existing pumps.

When weighing their options, Harrell said retailers need to consider the upfront cost of purchasing the equipment; ongoing maintenance costs; and additional benefits from buying a new pump, such as an image upgrade.

To get started, Harrell advises retailers to:

As retailers transition, they can make other choices that are good for their customers and customer engagement. This includes adding things like contactless payments and new types of media options — things that may drive business, he said.