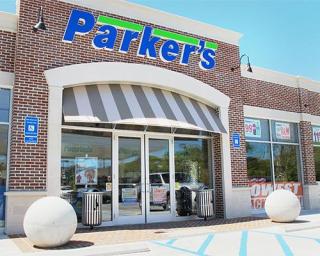 The newest locations opened March 8, and will undergo significant upgrades and improvements in the coming months.

"These two acquisitions are strategic for Parker's as we strive to meet the incredible customer demand in Beaufort County," said Parker's CEO Greg Parker. "By combining construction of new stores with acquisitions of existing stores, we're accelerating our growth in coastal South Carolina and elevating customer expectations regarding convenience, quality and foodservice.

"We have a strong commitment to serving our award-winning Parker's Kitchen Southern food and delivering our signature fast, fresh, friendly customer service to customers," he added.

Located in a high-traffic Publix shopping center at the intersection of Lady's Island Drive and Sea Island Parkway, the Lady's Island c-store will add a new Parker's Kitchen in April and will undergo a complete remodel in several phases.

The c-store will be the second Parker's retail store on Lady's Island and will have eight fueling positions.

The Port Royal location sits at the intersection of Ribaut Road and Lady's Island Drive. Strategically located at the gateway to Port Royal and near the Naval Hospital Beaufort, the store will be the second Parker's location in Port Royal.

The Parker's leadership team hopes to redevelop the site within the next year, adding a Parker's Kitchen and making significant interior and exterior upgrades that will benefit Port Royal residents and complement the existing community environment, according to the company.

"Parker's Kitchen will be the heart and soul of our new stores on Lady's Island and in Port Royal, serving our award-winning Southern-inspired food for breakfast, lunch and dinner," Parker added. "We recently won the 2018 Convenience Foodservice Leader of the Year Award [from Convenience Store News] for our delicious food that's made from scratch every day with fresh ingredients, like your grandmother would make."

Based in Savannah, Parker's operates 56 convenience stores throughout southeast Georgia and South Carolina.