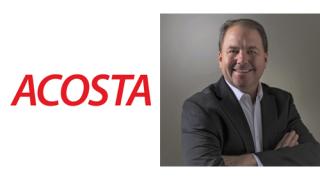 Acosta appointed Derek Bowen as president of marketing services for North America. He will oversee all of Acosta's Mosaic North America businesses and its Action Link division.

Bowen brings more than 25 years of experience as a marketing executive to the role. Most recently, he was senior vice president of brand management at Cartograph. Prior to that, he spent 22 years in the consumer packaged goods industry holding marketing leadership roles of increasing responsibility at companies such as Procter & Gamble, Coty and more recently, at The Nature's Bounty Co.

AMCON Distributing Co. promoted Chad Pickel to vice president of corporate development. He will work closely with AMCON's branch leadership teams to drive new technologies and innovation for the benefit of AMCON's customers. 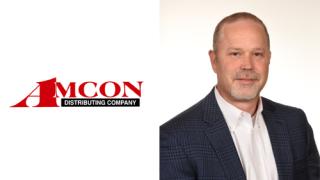 A 25-year veteran of the convenience distribution industry, Pickel has served on numerous industry organization boards and has most recently served as the division manager of AMCON's Crossville, Tenn., facility since 2011. In his position as division manager, he has been instrumental in assisting in the development of tools that enabled AMCON's sales teams to interactively serve retail partners.

"I am pleased to welcome Brian to our leadership team," said Christopher J. Constant, Getty's president and CEO. "Brian is a seasoned executive with extensive real estate experience and a track record of demonstrated leadership capabilities, which makes him an excellent addition to the Getty team.

"On behalf of our entire company, I want to thank Danion for his service to Getty. We have truly valued his leadership and contributions," he added. "We wish Danion much success in his future endeavors. I anticipate a smooth transition of the CFO position and expect no disruption to the continued execution of our strategic plans."

Dickman brings more than 15 years of REIT experience to Getty, including nearly seven years as a public company executive. He joined Getty from Seritage Growth Properties where he was executive vice president and CFO. Prior to joining Seritage, Dickman was CFO at Agree Realty. Prior to that role, he was a real estate investment banker covering public REITs and other real estate companies beginning at Lehman Brothers in 2005.

Since 2017, Mannen served as executive vice president and CFO of TechnipFMC, a global engineering services and energy technology company incorporated in the United Kingdom and headquartered in Paris and Houston. From 2011 to 2017, she was CFO at FMC Technologies, prior to its merger with Technip SA, which Mannen played a key role in negotiating and executing.

Before that, she served as the company's deputy CFO and treasurer from 2010 to 2011 and vice president of administration from 2007 to 2010. Prior to joining FMC Technologies in 1986, she was finance manager for Sheller-Globe Corp.

Joining Rutter's in 2013, she started in marketing as the social media manager, a newly created position. One year later, she was promoted to the role of marketing manager.

Then, in 2016, realizing that her skills could be better utilized in bringing talent to the Rutter's team, Cramer was promoted to director of recruiting. Over the last four years, her role evolved into the director of human resources title, where she built up and managed a nine-person team.

In 2016, Cramer earned Rutter's Making A Difference Award for going above and beyond in her work on a daily basis. Then, in 2017, she was recognized nationally as a Top Women in Convenience by Convenience Store News. 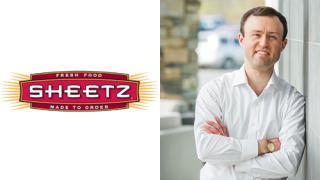 In this role, he will oversee operations of all 617 Sheetz stores, working closely with the executive leadership team to innovate and deliver strategic results. He will also oversee Sheetz' store support and petroleum supply management.

His previous roles at the convenience retailer also included assistant vice president of store operations, regional operations director for North Carolina Stores; director of petroleum supply; and district manager. Prior to joining Sheetz, he worked for four years as an investment banker for Lehman Brothers Inc. and Barclays Capital Inc. in New York.

Antonio Depina moved up to district manager at VERC Enterprises. In this new role, he is responsible for monitoring eight VERC Enterprises locations on the South Shore of Massachusetts, through regular on-site visits and weekly reporting.

Depina joined VERC Enterprises in January 2006 as a part-time associate, working as a cashier. Three years later, the company promoted him to assistant manager of the Dorchester/Neponset, Mass., store, followed in 2011 as manager of the Raynham, Mass., location.

He continued to rise up the ranks and in 2014 became manager of VERC's flagship Commerce Way Plymouth, Mass., location. In 2017, Depina received the Operator of the Year by the New England Convenience Store and Energy Marketers Association for his management of the Plymouth store.

King comes to VP with a deep background in energy, as senior specialist – customer support at Sunoco LP, senior director of sales at Kona Energy, and senior sales manager at Branded Retail Energy.