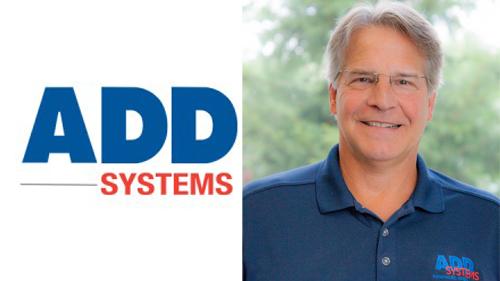 Lounsbury joined ADD Systems in 2000 as a former client. Within the first few months, he immersed himself in ADD products and proved to be a major asset to the company. His previous hands-on experience in all aspects of the industry — including delivering products, performing as a service technician, and running a convenience store chain with eight shops — allowed him to give clients and prospects real-world insight on how the software would benefit their company.

Ayles is a managing director and the chief financial officer (CFO) for Brookwood and CFO of Yesway. She oversees all of Brookwood's and Yesway's financial operations, accounting, tax reporting, budgeting, audit, and cash management processes, as well as banking relationships and the implementation of financial and risk management strategies for Brookwood and its affiliated entities. Ayles also oversees the firm's corporate financial planning function and quarterly financial reporting to its investors and is responsible for the development and maintenance of adequate internal controls.

She serves as the company's financial and operational principal, overseeing Brookwood's regulatory financial reporting and is a member of Brookwood's Executive and Investment Committees.

Ayles is a Convenience Store News 2021 Top Women in Convenience Woman of the Year and was honored as a Senior Level Leader in 2019.

Daniels is a managing director and serves as the firm's chief strategy officer. He has been instrumental in identifying, evaluating, and recommending strategies and specific opportunities for investment, most significantly the recession-resistant characteristics of the convenience retailing industry. This led to the establishment of BW Gas & Convenience Holdings LLC, which was founded in 2015 and operates the Yesway brand of convenience stores. 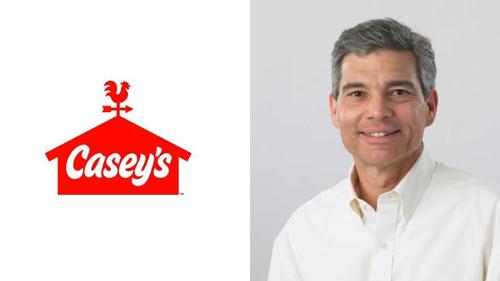 Casey's General Stores Inc. named Gregory A. Trojan to its board of directors, bringing the number of directors from nine to 10. Trojan has more than 25 years of experience leading national restaurant, retail and consumer products companies.

Trojan currently serves as CEO and a director of BJ's Restaurants Inc., the owner and operator of more than 200 casual dining restaurants throughout the United States, where he also served as president from 2012 through 2018. Prior to BJ's, he served as chief operating officer and then CEO at Guitar Center Inc. from 2007 to 2012, and CEO of House of Blues Entertainment Inc. starting in 1998.

Earlier in his career, he also held leadership roles with PepsiCo, including service as CEO of California Pizza Kitchen when it was owned by PepsiCo. He was also a consultant at Bain & Co., the Wharton Small Business Development Center and Arthur Andersen & Co.

Ostapower has more than 30 years of experience leading large-scale IT organizations at AT&T and has been recognized for enabling technology to deliver customer and shareholder value as well as steering major technology transformations. Most recently, Ostapower served as AT&T's senior vice president of Technology Transformation, Architecture and Operations, leading AT&T's technology modernization to drive speed, cost and quality improvements. 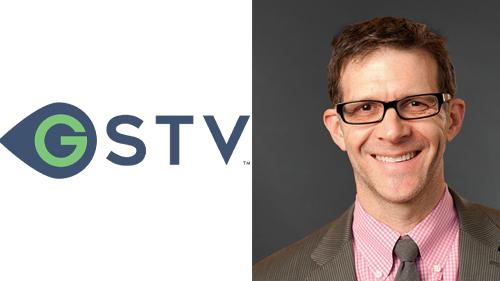 GSTV appointed Steve Ochs as executive vice president and chief marketing officer. In this role, Ochs is responsible for the company's marketing, communications and brand design teams and functions, setting strategy and overseeing all marketing operations.

Ochs brings more than 20 years of professional experience in leadership positions across marketing, sales, digital media and business development at companies that span technology, music, broadcasting, and entertainment. Prior to joining GSTV full time, he served as senior vice president, Brand Marketing and Creative, at National CineMedia (NCM), where he headed up the NCM consumer brand group focused on marketing, brand story and content development for theatrical and digital platforms.

Prior to that, Ochs ran his own marketing and digital strategy firm, Rocket Science Industries, working with clients such as Mattel and Disney's Hollywood Records. He previously served as senior vice president of Digital Integrated Marketing for MTV Networks Music & LOGO group.

In his new role, Wood manages the accounting team, oversees the monthly closing process, verifies financial data and directs the year-end financial audit process. Prior to joining Parker's, Wood served as the senior accounting supervisor and fuel analyst for 7-Eleven Inc. in Irving, Texas, where he successfully managed fuel inventory for all U.S. and Canada 7-Eleven locations.

In his new role, Rudolfs is responsible for the growth and overall network development strategy of the company. He joins Parker's after serving as the chief development officer for MAPCO, where he managed the growth strategy and capital planning for existing and new-to-industry locations. He previously served as the executive vice president for Murphy Oil Corp./Murphy USA.

Smith joins Parker's after serving as the director of IT for Royal Farms, where he led the IT department in security, infrastructure and retail operations initiatives for hundreds of locations across multiple states. He previously served as Royal Farms' project manager and systems, and network administrator during the company's growth from 100 to more than 250 store locations.

In addition, the company hired Katie Kerney to serve as the company's chief people officer. In her new position at Parker's, Kerney is responsible for the company's culture as well as the overall safety, welfare and success of Parker's team members.

She joined Parker's after serving as the vice president of Learning for the Americas for Marriott International, where she developed and executed service, brand and leadership learning solutions for hotels in Canada, United States, the Caribbean, Latin America and South America. Kerney previously served as a director of Human Resources for several premier properties from New York to Florida within Marriott International including the flagship New York Marriott Marquis Hotel in Manhattan.

He joined PCS from Gilbarco Veeder-Root where he most recently served as retail solutions sales manager.

Crafton has extensive experience and leadership in categories including wine, beer, cannabis, and regulated e-commerce. Before joining Swisher, he was CEO of the first online dispensary in California's recreational cannabis market, paving the way for emerging cannabis brands and direct-to-consumer platforms across the cannabis industry. Prior to entering the California cannabis market, Crafton helped launch NakedWines.com where he built the largest online winery in the world as chief operating officer.

Most recently, she served as president and general manager for DemandTec, a strategic business unit of Acoustic. Prior to that, Sullivan spent more than eight years as the chief strategy and marketing officer for Revionics. Her resume also includes several other senior positions, including a senior product strategy role for Oracle Retail's grocery and hardline portfolios, along with category management and space planning positions with i2 Technologies, Intactix, A.C. Nielsen, and Miller Brewing Co.

Jacobs, who joined Turkey Hill's board of directors two years ago, has approximately 30 years of experience in the food and beverage industry, most recently serving as executive vice president, chief customer and experience officer, and chief operating officer at Hostess Brands. Before joining Hostess, he served as the president of Wolfgang Candy Co. His other prior experiences include leadership positions at The Hershey Co., Branch's Confections, and Nabisco.

Gagliano also joined Turkey Hill with approximately 30 years of experience in the food and beverage industry, most recently serving as executive vice president and chief customer officer at SlimFast. Before joining SlimFast, he served as senior vice president of North American Sales at CytoSport Inc. Before joining CytoSport, he served as the director of Grocery at Pepsi Bottling Co.