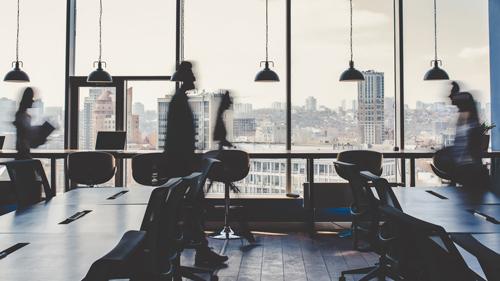 Prior to joining AlixPartners, he was a partner at consulting firm A.T. Kearney, where he was a member of its digital transformation practice. Pressman also co-founded the firm's integrated customer engagement and design-thinking capabilities, and co-led its retail operations study. Prior to A.T. Kearney, he held the position of consultant at PricewaterhouseCoopers, where he conducted several projects related to custom software development and implementation.

In a move to support its growth in the U.S. premium cigar market, Altadis USA Inc. named Paul Waller to new head of sales, who previously served as senior division manager of sales. The company also named Brad Winstead, previously vice president of sales, as head of consumer marketing.

Chevron Corp. named George Wall president of supply and trading. He succeeds Colin Parfitt whose appointment as vice president of midstream was announced as part of Chevron's recent management changes.

Wall has more than 37 years of service at Chevron. In his new role, he is responsible for Chevron's global trading activities for crude oil, feedstocks, refined products, natural gas and gas liquids to support the company's crude and gas production operations and refining and marketing network. Before leading supply and trading, Wall served as vice president of Americas Products, U.S. East and Latin America.

He also served as chairman of the American Petroleum Institute's marketing subcommittee.

Coen Markets made some personnel changes, including promoting Gregg MacQueen to chief financial officer, who joined the company in April 2018 as vice president, finance. He has more than 15 years of experience in senior financial leadership roles and more than 10 years in public accounting and internal audit experience.

Before joining Coen Markets, MacQueen was managing director and lead for technology finance for Bank of New York Mellon.

The company also hired Keith Broviak as senior director, chief marketing officer. He brings with more 20-plus years of experience. Since 1998 Broviak was director of marketing at Rickers, a convenience chain in Indiana.

Core-Mark Holding Co. Inc. appointed Rocky Dewbre to its board of directors. His appointment increased the size of the board from nine to 10 members.

Dewbre is CEO of Empire Petroleum Partners LLC in Dallas, and served as a board member for CST Brands Inc. from 2016 until 2017.  Prior to joining CST Brands' board, he was executive vice president at Sunoco LP from 2014 to 2015. From 1999 until 2014, Dewbre served in a variety of leadership positions at Susser Holdings Corp.

Haskel Thompson & Associates (HT&A) promoted Eric White to general manager. He will have the responsibility of raising the expectation of the HT&A brand and leading the regional expansion of the company's recruiter base, in addition to the company's business development of go-to-market strategies.

Two executives are leaving their posts at ITG Brands: Kathy Sparrow, executive vice president of marketing and sales, is entering her retirement effective April 1, and Fred Paternostro, vice president of sales, announced his intention to retire at the conclusion of his transition planning.

Paternostro joined the company in 1979 as a sales representative in Paterson, N.J. In 1986, he was promoted to division manager in Columbus, Ohio, then regional sales manager in Jacksonville, Fla., in 1990, followed by his appointment as director of sales for the company’s Midwestern states in 1996. In 2009, he was named vice president of area sales.

He was promoted and moved to the corporate office in 2015 as vice president national sales.

He was appointed senior vice president and chief operating officer for Speedway in 2018.

The Network of Executive Women

Ultimate Sales expanded its services beyond foodservice with significant investment in hiring top-tier sales expertise for the candy, snack and packaged beverage categories. To support the move, Jeff Garlow, previously with Acosta, joined Ultimate Sales as vice president of sales, East, and Tyler Coates, formerly with APF/Tyson for 11 years and most recently 7-Eleven team lead and the 7-Eleven Fresh Food 2017 Vendor of the Year, joined as vice president of sales, West.

Transitioning from chief financial officer, Karyn Vaughn steps into the CEO role. In addition, Tom Parr, president, and Tom Farnham, executive vice president, will work with owner and founder Wes Stone will focus "on" the business vs. "in" the business, according to the company.