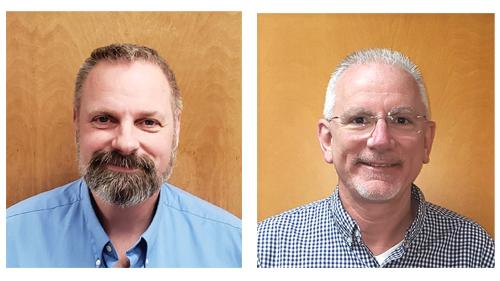 Lee Beckman, who has served as construction manager since 2017, has been promoted to vice president of facilities. He joined the company as a project manager in 2005. Beckman is recognized for his efforts and accomplishments in leading Beck Fuel Systems and Beck Car Wash Systems. In addition to third party fuel and car wash system projects, Beckman also plays a critical role in site design, permitting, construction and maintenance of FriendShip and FriendShip Kitchen locations.

Joe Rosso, who has served as director of dealer operations since 2016, has been promoted to vice president of branded fuels. He joined the company as a dealer sales representative in 2013, after spending most of his career in various corporate roles with BP. Rosso is recognized for the growing role he plays in this division along with the many improvements he has led during his time as director.

In addition, Delek made the following executive moves:

Jack Link's Protein Snacks named Kevin McAdams as president, North America. In this role, McAdams has responsibility for Jack Link's United States and Canadian businesses, in addition to oversight of the company's manufacturing and supply-chain operations in the United States, Brazil and New Zealand. McAdams will report directly to CEO Troy Link.

McAdams brings with him more than 25 years of leadership experience, as well as an extensive background in the food and beverage industry, and significant experience driving strong growth and leading talented teams. Prior to Jack Link's, he has served as president at Mizkan America, Schwan's Consumer Brands and Pabst Brewing Co. He also held operating roles with Red Bull North America, The Coca-Cola Co., Frito-Lay North America and The Earthgrains Co.

Lancer Corp. promoted Jason Marrero to vice president of Coca-Cola Enterprise at Lancer Worldwide. Marrero has nearly 20 years of experience and deep expertise in the beverage dispensing industry. During his 10 years with Lancer, he has held positions of increasing responsibility, most recently as senior director of Coca-Cola North America.

Marrero will continue to manage all company activities related to the Coca-Cola account in North America and facilitate, and work with, the Lancer managing directors worldwide to support the growth of the Coca-Cola business unit globally.

Jeff Davis joined LSI Industries as president, LSI Lighting. He is responsible for the company’s sales functions, and he will lead LSI's commercial planning efforts. Davis reports to Jim Clark, president and CEO of LSI Industries.

Prior to joining LSI, Davis was vice president of sales, wholesale for Reliance Worldwide. He has held executive sales leadership positions at Overhead Door Corp., Uponor Inc., and Kohler Co.

The RINAlliance board of directors appointed Reo Menning as president and chief executive officer. Menning previously served as executive vice president for FUELIowa, where she headed multiple successful initiatives for both the association and its for-profit subsidiary company, RINAlliance.

As RINAlliance's top executive, she will exclusively lead company initiatives to help renewable fuel blenders across the country take advantage of RIN economics and profits under the Renewal Fuel Standard. In addition to her direct experience with RINAlliance, Menning has improved the financial position, diversified services and invested in future growth as the top executive for Metro Waste Authority in Des Moines and the Silicones Environmental, Health and Safety Council in Washington, D.C.

With 25 years of experience in the baking and snack businesses, Brinkman brings a diverse background informed by extensive cross-functional experience to his new role. His expertise spans sales, marketing, product development, information technology, customer service, organizational development, and logistics. Prior to joining Snackwerks, Brinkman was the vice president of contract manufacturing for Ideal Snacks; he also held vice president roles at Interbake Foods. 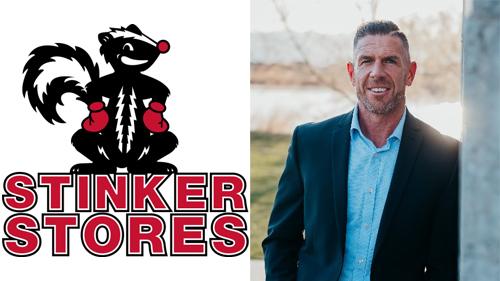 "Nate is an innovative leader, operations expert, and problem solver with years of experience at two different market leaders in the c-store industry.  He is a complimentary addition to a great Stinker team," said Charley Jones, owner and president of Stinker Stores.

Brazier previously worked as executive director of regional operations for Salt Lake City-based Maverik Inc. Prior to that, he spent time with 7-Eleven, Inc. operating as a field consultant for the retail chain in Kansas, Nevada and Utah.

Unified Brands added Chad Huber to its sales team. In his new role, he will serve as chain account manager, responsible for new customer development for the company's chain sales division. Huber joins Unified Brands after 25 years of service in the forestry industry and previously worked as a regional sales manager for 13 years.

Unified Brands also promoted Kellie Wood to director of marketing. In her new role, she will develop and implement strategic marketing and communication initiatives across the company's Groen, Randell, Avtec, A la Cart, Power Soak and CapKold product portfolio.

Wood's career at Unified Brands includes several positions with teams in customer service, product management, sales and marketing. She most recently held the position of marketing manager. Prior to Unified Brands, she served as financial aid advisor at Mid-Michigan Community College.