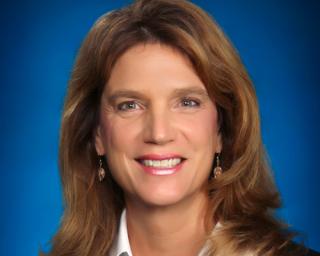 Mahajan succeeds Randy Richards, who is retiring from Chevron after 40 years. Mahajan, who is currently vice president, finance downstream & chemicals, will oversee banking, financing, cash management, insurance, pension investments, and credits and receivables activities across the corporation. He will report to Patricia Yarrington, Chevron's vice president and chief financial officer.

Walsh succeeds Joe Naylor, who is retiring after 36 years. Walsh, currently Chevron's president of Americas Products, will be responsible for overseeing government affairs, public affairs, social investment and performance, and the company's worldwide efforts to protect and enhance its reputation. Walsh will report to Michael K. Wirth, Chevron's chairman of the board and CEO.

Financial Information Technologies LLC (Fintech) selected Trey Williams as its new chief operating officer (COO). As COO, Williams brings 30-plus years of technology and hospitality experience, and will work alongside the executive team to grow operational strategies, and maximize performance functionality to drive sustainable long-term growth for all Fintech stakeholders.

Before joining Fintech, Williams was vice president of North America and Global Accounts for the hospitality division at NCR. Prior to his time with NCR, he spent 25 years as a leader in the technology industry with Radiant Systems, Siebel Systems, and Accenture.

GSP appointed Alan Aldworth and Mike Tower to its board of directors. Aldworth currently serves as board director and CEO at TIEC Inc., quality management systems consulting and training services for the global oil and gas industry. He has held CEO and board chairman roles for tech companies such as ProQuest Co. and SKO Learning Inc.

Tower is a partner emeritus with A.T. Kearney Inc., a global management consulting firm, where he focuses on strategy in the retail, consumer products and services industries. Previously, he served as A.T. Kearney's managing partner for North America and as senior vice president, strategy and executive committee member at Sears, Roebuck and Co., as well as president of Sears Home Improvement Services division.

He is a member of the board of directors of Ace Hardware International, and a previous member on the boards of Home Acres Building Supply and True Partners Consulting.

"His extensive experience in the display industry combined with his proven track record of business results make him the ideal person to join our company," said Jim Palmer, president of operations.

Renewable Energy Group Inc.'s board of directors named Cynthia (CJ) Warner president and CEO effective Jan. 14, at which time she will also join the board.

Randy Howard, who has served as president and CEO since July, will remain on the board and assist in the transition.

In his role as COO, Dodge will oversee RILA's public affairs, legal and compliance, human resources and administration, membership, and financial operations. In her new role, LaBruno will lead the association's asset protection, supply chain, and innovation communities; and as senior vice president of government affairs, Jensen will take a larger role in RILA's public policy practice with an expanded portfolio of issues.

Malone has worked with leading food companies for more than 25 years and joins from McCain Foods USA where he most recently served as senior director of marketing. In that role, he oversaw the U.S. Potato portfolio and led the growth, launch and renovation of key category offerings.

Prior to McCain, Malone held marketing roles of increasing responsibility at Kellogg Co. and Kraft Foods. He also worked for Kronos Foods in both sales and marketing leadership roles.

Williams most recently led the law department for the North America and Europe regions for Mead Johnson Nutrition, the maker of the Enfamil family of infant and toddler food products. Previously, she served as associate general counsel for US Foodservice Inc. Prior to her in-house experience she was part of the corporate services group at McGuire Woods LLP in Baltimore.