J. Alexander "Sandy" Douglas Jr. (left) is retiring is president of Coca-Cola North America and will be replaced by James L. Dinkins.

J. Alexander "Sandy" Douglas Jr. is retiring as president of Coca-Cola North America (CCNA) and will be succeeded by James L. Dinkins, who currently serves as president of the Minute Maid Business Unit and chief retail sales officer for CCNA.

Dinkins will begin his new duties Jan. 1, reporting to Coca-Cola President and CEO James Quincey. Douglas will retire from the company on March 1.

Before taking title to president of CCNA's Minute Maid Business Unit, Dinkins served in a variety of leadership roles with Coca-Cola, including senior vice president, sales in National Retail Sales for select grocery, club and convenience retail customers. He was also president of the 7-Eleven Global Customer Team.

Douglas began his Coca-Cola career in 1988 as a district sales manager for the Foodservice Division of Coca-Cola USA. He was named vice president of Coca-Cola USA in 1994, assuming leadership of the Coca-Cola Enterprises Sales & Marketing Group.

In 2015, he was elected as an executive vice president of The Coca-Cola Co. Under Douglas' leadership, CCNA has been the fastest-growing large consumer goods company in North America for three consecutive years.

Bill Toler, president and CEO of Hostess Brands Inc., is retiring from the company effective March 1, or sooner if a replacement is appointed. He will remain on the board of directors.

"On behalf of the board and management team I would like to thank Bill for his significant contributions to Hostess. Under Bill's leadership, the company successfully re-established the iconic Hostess brand as a leader within the sweet baked goods category and transitioned from a private to public company," said Dean Metropoulos, executive chairman of the board. "Bill has led Hostess through a considerable growth phase and has generated significant stockholder value. It has been a pleasure working with him to establish a strong culture as a foundation for future success."

The board has created a subcommittee to identify and evaluate internal and external candidates with the assistance of an executive search firm to succeed Toler.

He also previously served as general counsel of North America Beverages, Quaker Foods North America and Latin America Beverages. He spent five years in the law department of the Pepsi Bottling Group (PBG) where, as associate general counsel, he oversaw all corporate, securities and merger-and-acquisition matters. Prior to joining PBG in 2005, Yawman spent six years as a member of PepsiCo's corporate law department.

Before joining PepsiCo in 1998, Yawman was an associate with the law firm Fried, Frank, Harris, Shriver & Jacobson and served as a law clerk in the United States District Court.

Smoker Friendly International has made changes to its sales team, handing the responsibilities of the day-to-day operations of the Smoker Friendly Authorized Dealer Program to Keelan and Colin Gallagher.

Colin Gallagher takes on the role of director of operations and business development with the tasks of managing existing Smoker Friendly authorized dealers as well as focusing on expanding the Smoker Friendly network.

Keelan Gallagher takes on the role of director of trade marketing and brands tasked with managing the Smoker Friendly Private Label brand, the relationships with the company's manufacturing partners, as well as designing and implementing the brand's promotional strategy.

Swisher International Inc. President and CEO, Peter Ghiloni is retiring from at the end of 2018 after 34 years with the company and more than 45 years in the tobacco industry.

Under Ghiloni's leadership as the CEO, the company expanded its global presence with the establishment of Swisher Dominicana Inc., the acquisition of Drew Estate, and the formation of alliances in new industries.

Miller joined Swisher in 2012. In his previous roles, Miller rose to regional vice president at U.S. Smokeless Tobacco Co.; was interim president of Goldwater's Foods of Scottsdale; and was a principal two consulting firms.

Caldropoli, currently the senior vice president of finance, joined Swisher 21 years ago after working with Coopers & Lybrand LLP.  In his new role as COO he report directly to Miller.

Swauger's primary responsibility at 22nd Century will be to lead and oversee the scientific and regulatory activities of the company. He will spearhead the re-submission to the Food and Drug Administration (FDA) of the company's Modified Risk Tobacco Product application for BRAND A Very Low Nicotine Content cigarettes, and will work in support of the FDA's plan to mandate the reduction of the nicotine content of cigarettes to minimally or non-addictive levels.

The company also hired Juan Sanchez Tamburrino as vice president of research and development. He was previously the head of the Plant Biotechnology Division of British American Tobacco (BAT).

In this capacity at BAT, Tamburrino was responsible for biotechnology strategy related to tobacco leaf. He established BAT's molecular breeding and GMO programs, and developed the world's most complete tobacco genome sequence.

At 22nd Century, Tamburrino will assume the role upon the retirement, at the end of Decemeber, of Michael Moynihan. Moynihan has served as a key member of the 22nd Century management team for more than 10 years and was responsible for overseeing the development of the nicotine technology that serves as the foundation for 22nd Century's Very Low Nicotine and High Nicotine tobaccos.

Moynihan will continue as a consultant working on 22nd Century proprietary tobaccos for international markets and on other special projects. 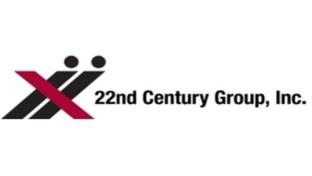