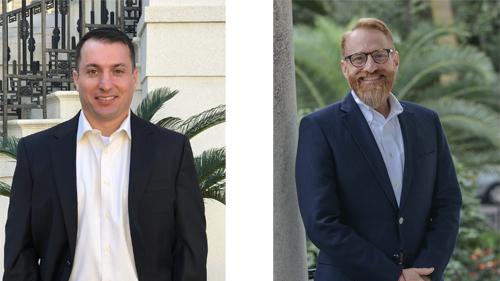 Dave Crowley joined A&W Restaurants to head franchise development for the growing chain, as it approaches its 100th anniversary. In his newest capacity as director of franchise recruitment, Crowley will recruit new franchisees and assist with location selection.

Between 1997 and 2010, Crowley held various development positions with A&W. He returns after development stints with such brands as Yum! Brands, Little Caesars and Marco's Pizza.

The company's latest personnel moves are:

Stein is a 25-year Core-Mark veteran, Hobson is an 18-year company veteran, and Thomas is a 17-year company's veteran.

Lil' Drug Store Products' (LDSP) Paul Rossberger, vice president of sales, received the Lifetime Achievement Award from WAM Distributors. Rossberger is only the fourth recipient of this award in WAM's history. Rossberger's leadership helped WAM increase sales of health and beauty care items by 53 percent and outperform the channel growth by 7 percent over the past five years.

Rossberger joined LDSP nearly 20 years ago as a sales manager and currently leads a team of regional sales managers and merchandisers.

"Indra's contributions to the retail and consumer goods industry cannot be overstated. But, just as great, have been her contributions to gender equality in the workplace," said NEW President and CEO Sarah Alter.

Nooyi served as CEO of PepsiCo Inc. for 12 years before stepping down Oct. 3. She was the chief architect of Performance with Purpose, PepsiCo's promise to do what's right for the business by doing what's right for people and the planet.

Members of the Ohio Petroleum Marketers & Convenience Store Association elected new leadership  and four new directors to serve three-year terms on its board of directors.

OPW, part of Dover and a global leader in fluid-handling solutions, named Gary Campbell the new general manager for its PDQ Vehicle Wash Systems business. Prior to joining PDQ, Campbell was Dover's vice president of integration for global mergers and acquisitions.

Before embarking on his career with Dover, he held a variety of roles at GE Capital, United Technologies and Deloitte.

Parker's promoted Controller Keith Saltzman to director of finance. In his new position, Saltzman is responsible for leading the company's accounting team, developing budgets, innovating processes for efficiency and sharing financial data with the executive team to assist in decision-making.

Before joining Parker's as controller in 2017, Saltzman served as the chief financial officer and controller for JD Byrider and CNAC in Savannah, Ga.

In addition, Parker's hired Corey B. McClimans as its new chief human resources officer. In his new position, McClimans is responsible for advancing the human resources department at Parker's it continues to expand its footprint throughout the region.

McClimans has more than 17 years of experience in providing human resource leadership and support to employees as well as company management. Prior to joining Parker's, he was the senior manager of human resources at the Mitsubishi Hitachi Power Systems Inc.

"Al has been an invaluable leader, colleague, advisor and friend, and will be missed by all of us at PepsiCo and all of the customers and partners he worked with over his exemplary career," said Ramon Laguarta, PepsiCo CEO. "Al's unique combination of style, skill, entrepreneurial spirit and executional excellence, has helped make PepsiCo one of the most admired businesses in the world, and raised the bar for our current and future associates. We wish him all the best in his next chapter. While Al leaves big shoes to fill, I have every confidence in our North America businesses under the skilled leadership of Vivek and Kirk in these critical roles."

Skupos Inc. CEO Jake Bolling was selected as one of Forbes "30 Under 30" for 2019 in the Retail & Ecommerce Category. "This is an honor I could not have achieved without our loyal customers and the fantastic team at Skupos. We will continue to work hard to surface data insights to increase business for our convenience store partners and the supply chain that supports them," Bolling said of the selection.

Welbilt Inc.'s board of directors elected William C. Johnson as president and CEO. Johnson, who took over the role on Nov. 9, will also join the company's board.

Prior to joining Welbilt, Johnson was CEO of Chart Industries Inc., a global manufacturer of highly engineered equipment for the industrial gas, energy, and biomedical industries. From 2006 to 2016, he held various senior level positions at Dover Corp., a leading global conglomerate manufacturer of industrial products.

Earlier in his career, Johnson served as president and CEO of Graham Corp. Prior to that, he served as senior vice president of ESAB Welding and Cutting Equipment. From 1990 to 1999, he held various positions of increasing responsibility at ABB.

Johnson began his career as a commissioned officer and nuclear engineer in the United States Navy where he served from 1985 to 1990.