Nic Tsikis retired from Alto-Shaam after more than 30 years at the company. He joined Alto-Shaam in 1990 as international corporate executive chef, responsible for training and demonstrating the value Alto-Shaam equipment adds to partners and customers alike. Besides working as chef at Alto-Shaam's headquarters in Menomonee Falls, Wis., he spent more than 200 days a year travelling to customers across the world. 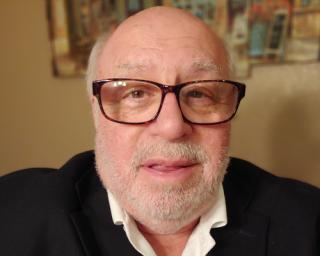 Patrick Fay, a 21-year employee of Core-Mark's Farner-Bocken division, was one of 23 individuals named a National Driver All-Star by the National Private Truck Council.

A professional truck driver since 1983, Fay has logged more than 2 million accident-free miles and has never received a speeding ticket during more than two decades of service with Core-Mark/Farner-Bocken. He currently pulls a 53-foot tractor trailer on the night shift, delivering a wide range of products to convenience store distribution centers throughout the Midwest.

He currently serves on the Farner-Bocken safety committee and is a participant in Highway Watch, which is a program that trains drivers to be on the lookout for human trafficking, and is CPR-certified.

To support Dawn's continued growth across its five North America regions, Schmitz will prioritize the way Dawn interacts with, engages and meets its customers' evolving needs

Schmitz joins Dawn after more than 12 years at Land O'Lakes, where he served as vice president, International. During his tenure, Schmitz helped establish the company as a global enterprise with business operations in Canada, Mexico, South Africa and Kenya. Throughout his career, Schmitz has worked across myriad industries, including consumer packaged goods, global agribusiness, foodservice and industrial products.

Delek US Holdings Inc. appointed Richard Marcogliese to its board of directors. He has more than 40 years of experience in the refining industry.

Marcogliese is currently the principal of iRefine LLC, a privately owned petroleum refining consulting company; an executive advisor of Pilko & Associates LP, a private chemical and energy advisory company; and a director of Cenovus Energy Inc.

From 2000 to 2010 he worked for Valero Energy Corp. where he held increasingly senior positions, including serving as executive vice president and chief operating officer from October 2007 to December 2010. Prior to joining Valero, he worked for ExxonMobil Corp. for more than 25 years.

The Hershey Co. welcomed new members to its executive management team. They include:

Kula has worked extensively throughout North America, Europe, and several countries in the Middle East, Pacific Rim, and South America. For many years, he served as a senior member of the Innovation Center at IGT (previously GTECH), focusing on the generation, evaluation, and prioritization of new technology ideas and business models. As director, technology standards, he served as the company's representative to several Technology Standardization Steering Committees and Working Groups, including NASPL, WLA, ANSI, ITU-T, NACS and PCATS (now Conexxus). 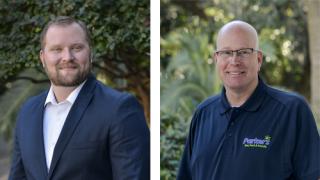 Parker's hired Thomas C. Myrvold as director of facilities and maintenance. In his new position, Myrvold is responsible for managing the maintenance and repair of all Parker's convenience stores in  Georgia and South Carolina.

Myrvold brings more than 25 years of industry experience to his position at Parker's. Before joining the c-store company, he served as a facility support supervisor at QuikTrip.

Before joining Parker’s, he served as a financial analyst at Gulfstream Aerospace Corp.

Rutter’s is proud to announce the hiring of Sean Pfeiff and Adam Long joined Rutter's as senior category managers for its Marketing & Merchandising team.

Pfeiff has more than 17 years of marketing/merchandising and operations experience in the convenience store industry. Before joining the Rutter’s team, he was an executive committee member for Turkey Hill.

Long has more than 20 years of retail and consumer packaged goods experience. In his previous role, he pioneered a newly formed insights and intelligence team at a top three U.S. tobacco manufacturer, and led efforts to provide executive level guidance on corporate strategy and tactics. Prior to that, he led processes which transformed category management and assortment analytics at a privately held convenience chain.