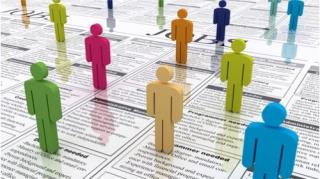 People on the Move

In this position, Pawlick is responsible for setting the strategic direction for Dawn's research and development efforts in North America, working in close collaboration with Global Chief Product Officer Johan Sanders. He will also lead the region's product development, packaging development and regulatory teams.

In his role, Pawlick will also develop and oversee Dawn's product and technical roadmap in support of Dawn's growth plans and to ensure customers' needs are met.

Pawlick joined Dawn from Wells Enterprises, where he served as vice president of engineering and played a role in developing the long-term innovation strategy for the company. Throughout his career, Pawlick has worked in product development and engineering for myriad food and beverage companies, including TreeHouse Foods, Palermo's Pizza and ConAgra Foods. 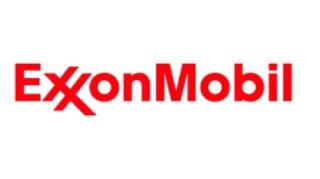 Furman joined ExxonMobil from Best Buy Co. Inc., where he was chief communications and public affairs officer since 2012. At Best Buy, he oversaw internal and external communications, government affairs, corporate responsibility and sustainability, as well as the company's corporate and foundation giving.

Previously, Furman was the vice president of corporate affairs at Mars Chocolate and held senior communications positions at Google and CNN. Before entering the corporate sector, Furman worked in various public sector positions including as director of communications for the Federal Emergency Management Agency and the New York City Mayor's Office of Emergency Management. He also served as special counsel and spokesman for the National Transportation Safety Board.

McCarron, who had been vice president since 2016, joined Mobil in 1998 as a manager in public affairs in Canada. Since that time, McCarron has held assignments of increasing responsibility in ExxonMobil's corporate headquarter in Irving, Texas, including general manager of public affairs and president of the ExxonMobil Foundation. Previous to her time with ExxonMobil, she served in various public affairs positions in the pharmaceutical and chemical industries.

Global Partners LP announced Sean T. Geary was appointed by the board of directors of the partnership's general partner, Global GP LLC, to serve as chief legal officer.

Geary has been a leader at Global Partners for the past 16 years, progressing into roles of increasing responsibility. Most recently, he served as acting general counsel and secretary of Global Partners and its general partner since May 2021. Prior to, and during his interim appointment, Geary also served as vice president of mergers and acquisitions.

"Over the past 16 years I've had the privilege to work with Sean and witness his growth. Sean's leadership has been fundamental to our acquisition and growth strategy. Sean is known for his unrelenting work ethic, pragmatic approach and his ability to assemble teams to negotiate and close deals," said Eric Slifka, president and CEO of Global Partners and vice chairman of Global GP LLC. "We undertook a rigorous search for this position, and Sean's skills, experience and level demeanor rose to the top."

Ray brings more than 20 years of experience in marketing to GreenPrint. Her industry history ranges from commercial real estate to conservation-based nonprofit. 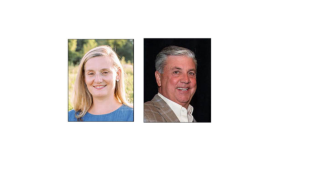 The New York Association of Convenience Stores (NYACS) announced Peter Tamburro and Molly Slingerland as its Industry Awards recipients. They will be honored on May 12 at the Chairman's Banquet in Syracuse, N.Y.

Peter Tamburro will receive the 2022 NYACS John MacDougall Leadership Award, while Slingerland will be presented with the NYACS' 2022 Carl Tripi Award.

Tamburro is the general manager of Clifford Fuel Co. Inc., in Utica, N.Y., and operator of 20 Cliff's local markets across central New York. Previously, he served on the NYACS board of directors for 16 years, two of them as chair, and is on the executive and convention committees.

He previously worked for Valley Oil Co., where he helped develop 10 Nice N Easy franchise locations and several CITGO and Mobil marts in the Hudson Valley. During his 10-year tenure, Tamburro was promoted to vice president of store operations.

Previously, she was a lobbyist with Princeton Public Affairs Group representing a variety of corporate and nonprofit interests. She has also worked on numerous campaigns on the federal, state and local levels in five states.

Today, she serves on the boards of the National Association of Tobacco Outlets and the New England Convenience Store and Energy Marketers Association.

In this role, Pirrello will build relationships with current and prospective member companies, oversee retention and engagement efforts and facilitate NCA's signature events and education.

Prior to joining NCA, Pirrello was the vice president of membership at the American Medical Informatics Association, overseeing the association's member programs and engagement. During her career tenure, she held positions at the Association of Fundraising Professionals, the American Society of Consultant Pharmacists and the National Council of Teachers of Mathematics. She brings extensive association experience to her new role with NCA.

The National Confectionery Sales Association (NCSA) named its Candy Hall of Fame Class of 2022. The 12 inductees will be honored in a ceremony in October at the Renaissance Tampa Hotel International Plaza.

"The class of 2022 includes individuals from a range of career paths who have all served the industry with honor, selflessly giving back throughout the course of their careers to strengthen the category overall." said Joe Melville, NCSA president and chief growth officer at Green Rabbit. 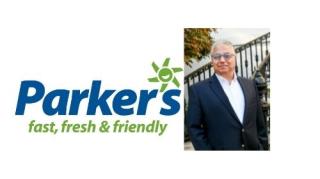 Georgiou brings 20 years of management experience leading and developing teams and more than a decade of leadership experience in the c-store industry to his role at Parker's.

Before joining Parker's, Georgiou served as the director of human resources at QuickChek, where he was responsible for various duties such as talent acquisition, employee retention, learning and development, total rewards and human resources technology.

"We're thrilled to welcome John Georgiou to our accomplished, hard-working team at Parker's," said Greg Parker, founder and CEO of Parker's. "We're focused on being a people-first company and being an employer of choice. John has the leadership experience and the human resources skills help us take our HR programs to an even higher level of success in the future."

The Pennsylvania Food Merchants Association (PFMA) will present the 2022 Food Industry Trailblazer Award to Lisa Dell'Alba, president and CEO of Square One Markets Inc., during its annual conference in June.

Dell'Alba serves as vice chair of PFMA's board of directors. She's an active association member and an innovative business owner, according to the association.

"We have all benefited from Lisa's drive and vision," said Alex Baloga, president and CEO of PFMA. "Square One has been a PFMA member and sponsor for several years, and Lisa is an engaged, dedicated and creative member. Her experience and leadership help to shape the association’s agenda." 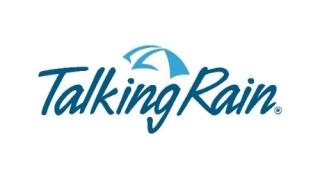 Talking Rain Beverage Co. appointed Ken Sylvia to CEO, effective April 12. In his new role, Sylvia will play an instrumental role in scaling the growth of the company and creating value.

Sylvia joined Talking Rain more than 10 years ago and has held many leadership positions within the organization. Throughout his tenure, Sylvia has helped secure and build out the national distribution network, and played an integral role in advancing the company's retail strategy.

Kyle McKeen has been named CEO of TruAge, the new digital solution that enhances current age-verification systems and protects user privacy. McKeen has decades of leadership in retail, including time spent as president and CEO of Alon Brands, which owned and operated hundreds of convenience stores in Texas and New Mexico.

TruAge was developed by NACS and Conexxus.

"Kyle's deep retail experience in growing brands and building business structures will be enormously beneficial as we roll out TruAge over the coming months," said NACS President and CEO Henry Armour.

In addition, Patrick Abernathy joined TruAge as its manager of retail and systems engagement. Abernathy has more than 20 years of industry experience, most recently as director of IT for Jacksons Food Stores and, prior to that, as IT director for Sapp Bros. Travel Centers.

As chief marketing officer, Frien brings 15 years of marketing and branding experience. Frein previously served as general manager at Cronos Group USA, where she designed and implemented the company's sales and marketing strategy. She also held a variety of senior leadership roles at Altria Group Inc. across sales, digital and brand marketing, strategy and business development. In 2018, she led Altria's cannabis research investment initiative as part of the company's strategy and business development group.