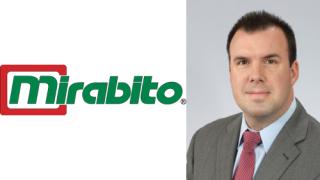 Brett Hughes takes on the role of director of business development at Mirabito Holdings Inc.

Feld brings more than 30 years of strategic specialty retail experience in leadership roles, including CEO and president of Cost Plus World Market where he successfully grew the company and ultimately sold it to Bed, Bath and Beyond. After the sale, he continued to drive growth for the parent company through new retail teams, innovative platforms, and his charismatic leadership, according to Convenience Valet.

He also serves as the chairman of the board at the Retail Management Institute at Santa Clara University where he leads and collaborates with both C-level private sector and academic professionals.

Oliver Kutz takes on the role of CEO and president of ITG Brands. He replaces Dan Carr, who left to pursue other interests after 16 months in the lead post. Kutz is a 20-year veteran with ITG's parent company, Imperial Brands plc, most recently serving as general manager for its Russia and Americas, Africa, Asia & Australia divisions.

Kretek International Inc. appointed several new members to its sales leadership team.  As newly promoted chief sales officer, Patrick Hurd leads the long-term direction and health of the overall business for Kretek US and Kretek International's subsidiaries. He has held several positions during his nearly 20 years at Kretek, including general manager of Kretek Canada, general manager for Ventura Cigar Co., a Kretek subsidiary, and vice president of sales for Kretek US.

In addition, the company promoted Sean Teninty to vice president of sales strategy from his previous position as senior director of sales strategy at Kretek International. He has been with Kretek for more than five years. Prior to joining Kretek, he spent over 20 years in the consumer packaged goods industry in various sales leadership positions at companies including like Quaker Oats, Pepsico, Del Monte, and Pharmavite.

Abernethy has more than 35 years of experience in the lighting industry. Prior to joining LSI Industries, he was vice president of commercial outdoor lighting at Hubbell Lighting.

The company also appointed Michael Prachar vice president for lighting products. He will be responsible for leading LSI Lighting Products, including the development of new products and creating customized solutions for customers. He previously worked for such companies as Honeywell, Emerson, Milacron and Rexnord Industries.

LSI Industries also named Erin Nichols as a national accounts sales manager. She will work with distributors to expand lighting product sale, and manage customer satisfaction. In addition, Nichols will be instrumental in creating direct relationships with a range of national retailers leveraging the strength of LSI Industries' diverse product offerings, and helping LSI's customers to be more competitive in their markets.

Prior to joining LSI Industries, Nichols held account management and business development roles for the medical and pharmaceutical industries.

Brett Hughes joined Mirabito Holdings Inc. as director of business development. In this role, he will be responsible for the strategic leadership of Mirabito land assets and real estate projects for the continued profitable growth of the company.

Prior to coming on board at Mirabito, Hughes was director of real estate and IT at Fastrac Markets in Syracuse, N.Y. 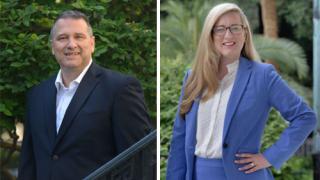 Parker's hired Dave Meloni as the company's director of personnel development, overseeing the recruitment, training, retention and succession planning of nearly 1,000 employees at Parker's. In his new position, Meloni is responsible for establishing a culture of outstanding customer satisfaction at the company's convenience stores.

Before joining Parker's, Meloni served as the director of operations at Enmarket, where he lead the company's district managers for five years and was instrumental in hiring, training, development and retention of employees.

He began his career at the Hess Corp. headquarters in Woodbridge, N.J, where he successfully implemented a college recruiting program. Over the years, he has also served as the division director for Murphy USA gas stations and convenience stores; the director of business development for First General in Runnemede, N.J.; vice president of operations for R Group/DBA Dunkin Donuts in Cherry Hill, N.J.; and division marketing manager for Sunoco gas stations.

The retailer also hired attorney Kate Lawson Smith as chief of staff. In her new position, Smith coordinates with the Parker's leadership team to ensure the successful execution of company initiatives and strategy and serves as the director of community affairs and outreach.

Before joining Parker's, she worked as a litigation attorney at HunterMaclean in Savannah, Ga.