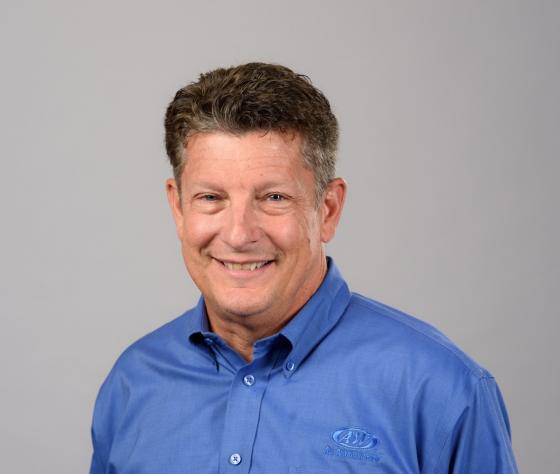 Chief Operating Officer (COO) Paul Martino is adding to his responsibilities at A&W Restaurants now that he has been named president and COO for the brand's U.S. business.

Martino has spent more than 20 years with A&W. He first joined the brand in 1991 and held positions including district supervisor and vice president of operations.

He returned to the brand in 2011 when a group of franchisees acquired A&W from YUM! Brands. In addition to continuing to oversee A&W's operations, marketing, IT and restaurant support center teams, he will now be responsible for A&W's U.S. franchise development efforts.

"Since being acquired by our franchisees, A&W has opened more than 60 new U.S. restaurants," Chief Executive Kevin Bazner said. "We are preparing to enter an era of accelerated growth, and Paul's leadership will be critical to both attracting new franchise partners as well as supporting those currently in the system."

The Kellogg Co. promoted Gail Horwood to chief marketing officer, North America. She moves to the newly created position from her previous role as senior vice president of integrated marketing.

St. Jacques most recently served as senior vice president and head of global brands and capabilities at Kraft Heinz.

An accomplished CPA, Prevatt excels at developing long-term strategic and financial plans and helping companies meet fiscal goals, according to Parker's. Before joining the convenience retailer, he served as a senior tax manager with Hancock Askew & Co. LLP in Savannah for nearly 10 years.

Before joining Parker's, Kanagy served as a region manager for the South Atlantic Division at Circle K, where he worked for more than a decade. In 2016, he was honored with the Circle K Top Leadership Award for creating a healthy and productive work environment for his direct reports and exceeding market trends in Fayetteville, N.C., and Myrtle Beach, S.C.

He began his career in the c-store industry as a store manager with The Pantry Inc. He was named the region director of operations at The Pantry before the retailer was acquired by Circle K's parent company, Alimentation Couche-Tard Inc.

In his new position, Hofmann is responsible for managing the marketing department, which is comprised of foodservice, loyalty, graphic design, branding, price book, center store category management, social media and advertising professionals who are all focused on enhancing the customer experience at Parker's.

In addition, all leaders of key businesses and geographies will now report to PepsiCo Chairman and CEO Ramon including Narasimhan and:

Jim Haslam II, founder of Pilot Corp., was honored as one of the 25 individuals named by the NRF Foundation to The List of People Shaping Retail's Future. Also known as a philanthropist, Haslam was among the "Givers" honored at the NRF Foundation Gala during the NRF 2019: Retail's Big Show on Jan. 13 in New York.

Jose Victor Paterno, president and CEO of Philippine Seven Corp. dba 7-Eleven Convenience Store, won the NACS Asian Convenience Retail Leader of the Year award. The award, endowed by PepsiCo, recognizes and honors the contribution of the most successful and influential convenience industry leader of 2019 in the Asian region.

The 2019 NACS Asian Convenience Retail Leader Award was presented before an international audience of leading convenience retailers and suppliers at the NACS Convenience Summit Asia on March 7 in Shanghai, China.

Paterno was recognized for navigating Philippine Seven through the implementation of one of the most complicated supply chain networks in Asia. The company operates 13 warehouses nationwide and overcomes the country's island geography to deliver daily to 2,600 stores across an archipelago that comprises more than 7,000 islands. The warehouses carry 3,000 different items. On top of that, his company uses that network to offer store pick-up points for items ordered online through their CLiQQ Shop and Rewards Program.

"Not only is the dynamism of Philippines Seven's drive to redefine convenience impressive (e.g., the CLiQQ Shop, etc.), Victor's personal commitment to and support of our global convenience retail industry is widely respected," said Henry Armour, president and CEO of NACS.

Leadership changes are come to RAI Tarde Marketing Services Co. as several members of the team retire in the coming months.

"In total, these four individuals represent over 138 years of combined experiences with this great company, and they will be missed. The positive impact that these four outstanding leaders have had on our business, our brands and our customers over the years is nothing short of amazing, while their impact on me personally, and the employees of RAI TMS, has been even more profound," Auger said.

The new WFF executive leadership team comes as WFF expands its mission to include both women's leadership development and providing strategies to the food industry to eliminate barriers, accelerate advancement, and Lead The Way to gender equity with data-driven solutions.