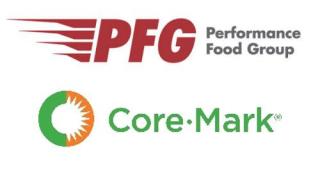 "We are very pleased to close this acquisition and welcome Core-Mark's many talented associates to PFG," said George Holm, PFG chairman, president and CEO. "Core-Mark has proven itself to be a leader in convenience distribution and we are thrilled to add their leadership strength to the strong senior talent already driving PFG's success in the foodservice and convenience distribution industries.

"We are excited to begin the integration process and start to service Core-Mark's customers with the combined suite of brands," he continued. "By adding PFG’s food and foodservice capabilities to Core-Mark's solid platform, we expect to quickly begin to unlock the transaction value."

The addition of Core-Mark brings one of the largest wholesale distributors to the convenience retail industry in North America into PFG's family of companies, with approximately $17 billion in net sales. The company has approximately 8,000 employees and operates 32 distribution centers across the United States and Canada. Core-Mark services approximately 41,000 customer locations in all 50 U.S. states and five Canadian provinces.

Strategic and financial benefits of the tie-up include:

PFG also appointed Laura Flanagan to serve as an independent director on its Board of Directors. Flanagan has served as a director of Core-Mark since June 2016. This appointment expands PFG's Board to 12 directors.

Based in Richmond, PFG has a nationwide network of more than 100 distribution facilities. It markets and delivers food and related products to 200,000-plus locations including independent and chain restaurants, schools, business and industry locations, healthcare facilities, vending distributors, office coffee service distributors, big box retailers, theaters and convenience stores.