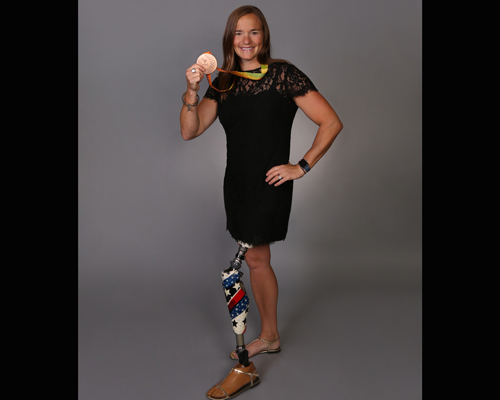 NEWARK, N.J. — On Sept. 11, 2001, Melissa Stockwell, clad in her ROTC uniform, was sitting in a classroom with her fellow cadets at the University of Colorado Boulder when news broke of the coordinated terror attacks on American soil. It was in that college classroom that Stockwell learned her life, like that of countless others, was about to change for good.

"It was that day that our instructor kind of told us that it wouldn’t so much be a matter of if we would deploy over to a foreign country, but more a matter of when," Stockwell told Convenience Store News. "So, I knew my life would probably change pretty drastically and that I’d be wearing a military uniform on foreign soil at some point."

Stockwell was commissioned as an officer in the U.S. Army in May 2002 and had her boots on the ground in Iraq as a first lieutenant in 2004. A mere three weeks into her tour, a vehicle Stockwell was traveling in through central Baghdad on a routine convoy was struck by a roadwise bomb. In the blast, she lost her left leg above the knee.

Stockwell, the first American female soldier to lose a limb in Iraq, is delivering the keynote speech at this year’s Top Women in Convenience awards gala Oct. 8 at the 2018 NACS Show in Las Vegas. A recipient of the Bronze Star and Purple Heart for her service, she hopes to instill in the gathered audience not just a positive attitude toward accomplishing whatever one sets their mind to, but also a greater appreciation of life.

While Stockwell knew her life was about to change forever that Tuesday as a senior at the University of Colorado Boulder, she could not have been prepared for the changes that would ensue after coming face-to-face with the reality of losing one of her legs at the young age of 24, in the very early days of her first tour with the Army.

"My leg was gone at the scene," Stockwell recalled. "When I found out that I had been injured, it was that my leg was gone. Obviously, it was a little bit of shock, you can imagine, after being 24 years old with both legs and suddenly missing one."

But Stockwell, in what seems to be a constant in her character, was quick to see what many might consider as a nearly impossibly daunting hurdle instead as something she could and would clear. What’s more, Stockwell found some solace in knowing that it was her who had the challenge before her, rather than one of the men and women serving at her side.

"I knew that I was strong enough to get through it, that I had a strong support system," she said. "I remember being thankful that it was myself and not another one of my soldiers, and just kind of the ‘let’s move forward’ attitude from day one."

Part of moving forward for Stockwell was receiving the care and treatment she needed to recover from her life-altering injury at Walter Reed Army Medical Center in Washington, D.C. It was during her time there that Stockwell, a lifelong athlete, was turned onto the idea of becoming a Paralympian.

"I sat in this room and listened as this guy told me that if I trained hard enough, dedicated myself to a sport, that I could compete at the Paralympic Games on the world’s biggest athletic stage for somebody with a disability. I could wear a uniform with USA on it," said Stockwell. "So, a dream was born pretty quickly."

Stockwell is a veteran of the 2008 Summer Paralympics in Beijing where she competed in a trio of swimming events, and is now training for the 2020 Paralympics in Tokyo. In the intervening years, she has found success as a triathlete, winning the Women’s TRI-2 (above the knee amputee) class three years in a row (2010-2012).

Find people you rely on and who want you to succeed. Because together, really, I think anything is possible.

Stockwell believes her background as an athlete — which included being dubbed an Olympic hopeful for gymnastics in her youth, as well as diving, pole vaulting, track and field, and crew over the years — in addition to her military training, has helped her through the loss of her leg and onto the many achievements she’s accomplished since. But there are a few tips she’d offer anyone who finds themselves facing an obstacle in their path.

First, "You have to make a goal and then believe in yourself, that you can get there and you can reach it," she said. "I think failure is a big part of achieving dreams. If you have a big goal, and you go for it and you don’t make it, well, you shouldn’t give up there. Somewhere along the way, you’ve learned something. Pick another goal; go for that one. If you make it, great; if you don’t, you’ve learned something else. Don’t give up on the first sign of failure."

Secondly, you need teamwork. "I’ve had an amazing team my entire life, and it’s gotten me to where I am today. So, find a team that you trust in. Find people you rely on and who want you to succeed. Because together, really, I think anything is possible," she said.

Lastly, said Stockwell, is the tried-and-true cliché that dreams can come true. "With enough hard work and enough dedication and belief in yourself, and the team kind of putting all those things together, dreams really can come true," she added. 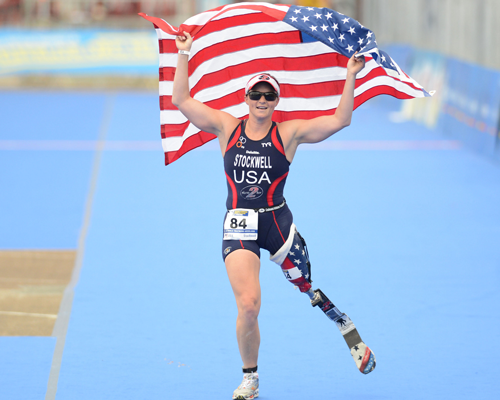 For women in the business world, like Convenience Store News’ 2018 Top Women in Convenience, Stockwell makes an additional point: "[Don’t] let something stand in your way that you know you can tackle head-on."

"If there’s a traditionally man’s role that you’re told you can’t be a part of, prove that it doesn’t have to be a man’s role. Prove that you can do that role, no matter what gender you are," she urged. "I think [it’s about] just being true to yourself and showing really the world that women have just as much power and strength and smarts as men do and that we can do anything that we put our minds to, just as they can."

One of the sentiments that’s often floated about when one talks about "the modern
woman" in the workforce is the ideal of "having it all." Stockwell, a triathlete, mother
of two, motivational speaker, wife and more, understands as well as anyone that this can be a hard dream to actualize.

"I think we all wish we had a few more hours in the day. Like a secret hour that nobody knew about," she said, speaking for women everywhere. Stockwell makes "having it all" possible with teamwork, particularly that of her husband. "I'm very lucky to have a very supportive husband, who knows that obviously family comes first, but also training comes first and he’s able to take on the role of the caregiver for our children when I need to go race or train," she said, noting that she also lives in a community where a neighbor "can come over at the drop of a hat and hangout" to help out.

"The days are busy, but I think busy days, a busy life, is a good life," said Stockwell. "I think on the days when I don’t have as much to do, you kind of find yourself wishing that you were busy again. I enjoy the kind of crazy schedule, the business that life brings. And you know, I think it makes for an exciting life."

Time and again, Stockwell returns to the theme of being part of a team that’s larger than herself. She learned she would be shipping off to Iraq among members of her ROTC cohort. She was relieved to have been the member of her team in Baghdad to have been injured in the bomb blast. It was her support team that helped her on the journey to recovery and onward to the Paralympics and to a successful career as a triathlete. It’s the teamwork in her home and in her neighborhood that helps her balance the busy life she wouldn’t exchange for a calmer one. And it’s teamwork that Stockwell believes can power everyone — perhaps women in particular — to success in the workplace; a workplace that can thrive through the embrace of diversity.

"I think people benefit from a diverse workplace, whether it’s through gender, color, disability, ethnicity. Because I think each person brings their own set of skills to the table. And I think together, you learn to work together," she said. "If you have differences, you figure out a way to manage those and, in doing so, you learn from each other and you become a team, and it just makes you stronger."

Chelsea Regan is Assistant Editor of Convenience Store News. She joined the brand in 2017. Chelsea manages the backend of CSNews’ online news content and social media postings. She also is the lead reporter for technology news. Read More