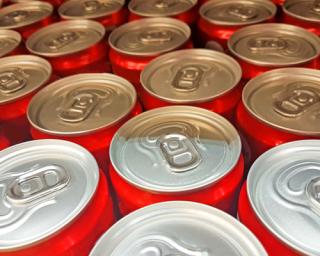 PHILADELPHIA — Two years after a tax on sweetened beverages went in effect, beverage sales in Philadelphia are feeling the impact.

A study by the Journal of the American Medical Association published on May 14 found that sales of soda and other sweetened beverages fell 40 percent in the city after the 2017 levy.

Beverage sales within Philadelphia's limits declined 51 percent, but an increase in sales just outside the city's borders resulted in a net drop of 38 percent, CBS News reported.

"A beverage excise tax on sugar-sweetened and artificially sweetened beverages in a large urban setting was associated with a significant increase in beverage prices and a significant reduction in volume sales of taxed beverages, although changes in sales volume were partially offset by purchases in neighboring areas," University of Pennsylvania researchers wrote in the report.

The Philadelphia City Council approved a 1.5-cent-per-ounce levy on sweetened drinks by 13-4 vote in June 2016. The tax went into effect on Jan. 1, 2017, as Convenience Store News previously reported, but was met by opposition from the beverage industry almost immediately.

The industry argued the tax duplicates the state sales tax already imposed on soda and that it unfairly taxes drinks based on their size, not price.

The state Supreme Court ultimately upheld the tax in July 2018, ruling that it is aimed at distributors and dealers, and does not illegally duplicate another tax.

Other U.S. cities with similar beverage taxes include Berkeley, Calif. — the first to impost such a levy — Oakland, Calif., San Francisco, Boulder, Colo., and Seattle, according to CBS News.

The findings by the University of Pennsylvania researchers are in line with previous studies of other places that have imposed beverage taxes, but the sales drop in Philadelphia was more dramatic than those found in prior research, the news outlet reported.

Non-taxed drink sales didn't rise, "suggesting consumers were not substituting with these drinks in Philadelphia," the researchers said.