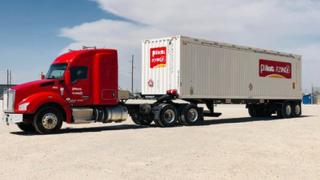 KNOXVILLE, Tenn. — Pilot Co. is building upon its current initiatives in the alternative fuels space with a new compressed natural gas (CNG) and hydrogen delivery platform.

"Pilot Co. is a leader in fuel supply and distribution in North America, and we are eager to further diversify our business footprint in the alternative fuels space and scale our capabilities to serve the energy, fuel, and mobility industries," said Joshua Edge, Pilot's senior director of compressed gas operations. "VoltaGrid's approach to safety, efficiency, cutting-edge technology, and innovative solution aligns with our corporate goals to help customers lower their carbon footprint and benefits our team members, stakeholders, and customers."

Pilot also recently invested in a large-scale fleet of CNG and hydrogen trailers and in VoltaGrid's low-carbon oilfield and mining services business, which is estimated to bring 350,000 gallons equivalent of low carbon fuel to the market daily.

This piece of the companies' partnership advances VoltaGrid's power generation venture for electric completions and looks at further growth through the joint development of large-scale low-carbon fuel terminals in 2022 and early 2023.

VoltaGrid is an advanced energy management and generation company that is developing an innovative platform to provide power, energy storage, and emissions reductions for the pressure pumping, remote mining, utility, and distributed generation industries.

The pact between Pilot and VoltaGrid will allow customers the ability to:

"With Pilot's expansive network and our joint efforts to produce and provide cleaner and more efficient power, we are excited to bring even more resources and value to our customers," said Nathan Ough, CEO and president of VoltaGrid. "The alternative fuel space is ripe with innovation, and this is just one of many steps both companies are taking in reducing emissions and providing clean energy."

Alternative fuels are part of Pilot's new strategy. Fueling alternatives, electric vehicle (EV) charging stations, and the development of a strategy to support low- and zero-emission vehicles are among the company's innovations.

The $1-billion nationwide initiative includes plans to modernize its stores for the future of travel. Known as New Horizons, it includes full remodels of 400-plus locations and upgrades at additional sites over the next three years.

The company also expanded its investment in the alternative fuels space with the late 2021 acquisition of  Southern Counties Oil Co., which strengthened its supply infrastructure and fueling network across the West Coast.