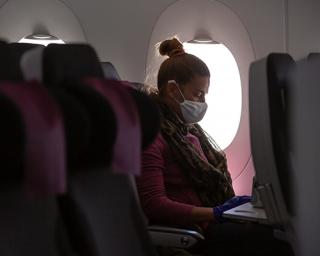 NATIONAL REPORT — Convenience store retailers have dramatically scaled back employee travel due to the coronavirus pandemic, according to a new poll conducted by Convenience Store News.

Nearly nine out of 10 c-store retailers instituted travel restrictions on their employees due to the pandemic, with most of the restrictions starting in February/March 2020. Of those that instituted restrictions, 40 percent banned all business travel, while a third of respondents banned just air travel.

All of the retailers participating in the poll said they normally attend the annual NACS Show, currently scheduled for Oct. 11-14 in Las Vegas. Two-thirds are planning to attend this year’s show despite the pandemic, though a majority of them plan to send a smaller company contingent than usual.

Of the 67 percent of retailers that plan to attend the 2020 NACS Show in October, only 40 percent said they will send a normal, full contingent of representatives, while one in three said they plan to send less than half of their normal number of people to the event this year.

As of now, NACS is still planning to conduct its annual industry trade show, albeit with new COVID-19 safety restrictions and the likely defection of some major exhibitors. The Coca-Cola Co., for instance, has decided not to exhibit on the show floor this year due to the effects of COVID-19. The company said it is working on other options to support the show, either virtually or through other means.