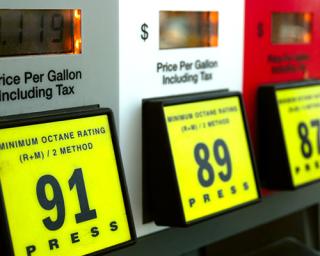 Less than a dozen state averages rose last week, but their increases were large enough to push the national average to $1.78 as of May 4, reported AAA.

The current national average is 16 cents less than a month ago and $1.11 less than one year ago.

The Great Lakes and Central region experienced double-digit increases in a few states. However, the majority of the United States saw gas prices decline by 5 cents or less. Price fluctuation is expected to continue over the coming weeks as more states begin to reopen and more drivers are on the roads.

Many states in this region saw significant increases in the past week after nearly eight weeks of some of the largest price drops in the country. However, the recent price increases are not universal across the region, as several states are seeing prices decline a few cents on the week.

Drivers can expect continued price increases in the coming week, but the amount will vary from a few cents to 10 cents or more depending on the state, AAA reported.

Gas prices averages here are two to three cents cheaper week over week, with Oklahoma and Arkansas offering the cheapest gas in the country. Mississippi, Texas and Tennessee are also among the top 10 least expensive states.

Healthy stock levels and the partial re-opening underway for many states in this region could prompt gas prices to begin increasing next week.

Most states in this region continue to pay less for fuel. Vermont saw the largest weekly price drop at 3 cents.

In the week ahead, the majority of the region is likely to see gas prices hold steady or minimally decline due to continuing stay at home orders in most states.

As some states here begin to phase in re-opening business, gasoline demand could increase in the coming weeks.

All states here continue to see prices decline, but more slowly than a month ago. Oregon and Arizona both saw the largest regional price drops at 4 cents for each.