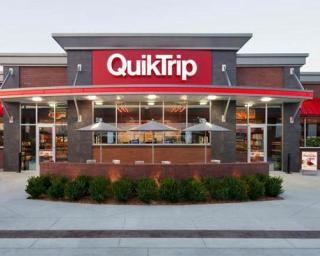 SAN ANTONIO — QuikTrip Corp. is preparing to enter the San Antonio marketplace by making land purchases of more than $10 million.

The company plans to open around 60 c-stores in San Antonio and 40 in Austin, with a smaller number along Interstate 35 between the two cities. The first San Antonio store is expected to open in October.

QuikTrip decided to expand beyond the Dallas area, where it has 130 c-stores, due to the region's population growth and high number of commuters, according to Kevin Thornton, vice president of operations.

"We’ve heard from a number of enthusiastic QT fans in San Antonio and Austin familiar with us from their travels, urging us to expand there," QuikTrip CEO Chet Cadieux said in 2017 when the expansion was announced. "Both San Antonio and Austin are really hot markets right now and we cannot wait to join the exciting landscape in those two great communities. If you aren’t familiar with us yet, you are in for a real treat!"

Some of the plots purchased by QuikTrip total 16 to 17 acres, with one as large as 35.2 acres, according to deed records.

Thornton noted it is not uncommon for QuikTrip to purchase large plots of land to parcel off and sell. During the acquisition phase, some sellers are not willing to parcel their lots, which QuikTrip does not consider a "deal stopper," he told the news outlet.

Construction plans are in place for QuikTrip locations in both San Antonio and Austin, as well as Kirby, Leon Valley, Live Oak. Cedar Park, Georgetown and Round Rock, Texas. QuikTrip has not announced an expected number of total new hires, but average QuickTrip stores employ 25 people.