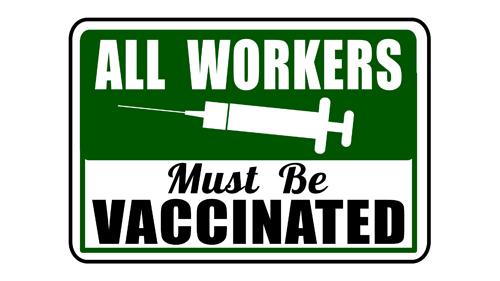 The court's Jan. 13 decision came nearly a week after it heard oral arguments on two separate legal challenges brought against the Occupational Safety and Health Association's (OSHA) rule stating that all businesses with 100 or more employees require proof of vaccination. Unvaccinated employees would be required to be tested for COVID-19 once a week and wear a mask.

In its decision, the court's majority said the Biden Administration overstepped its authorities when it issued the Emergency Temporary Standard (ETS) on Nov. 4.

"This is an important recognition that the OSHA rule is too broad," said Doug Kantor, NACS general counsel. "Businesses are doing their part to promote vaccination and safety practices. We appreciate the Supreme Court recognizing that OSHA should not push regulatory requirements that cannot be met and will exacerbate the labor shortage."

In November, NACS filed suit to block the OSHA rule from going forward. The NACS suit, along with one filed by multiple states, was originally filed in the Fifth Circuit Court of Appeals in New Orleans, which entered a nationwide stay of the rule while the cases were being litigated. Those lawsuits, along with ones filed in every other U.S. circuit court of appeals, were consolidated into the Sixth Circuit Court of Appeals in Cincinnati, the association recapped.

Last month, the panel in Cincinnati decided the mandate could move forward while the legal challenges made its way to the Supreme Court.

The case now goes back to the Sixth Circuit for further consideration while the stay remains in place, according to NACS.

Despite the court's ruling, the Biden Administration stands by the the vaccine mandate and testing requirement.

"OSHA promulgated the ETS under clear authority established by Congress to protect workers facing grave danger in the workplace, and COVID is without doubt such a danger. The emergency temporary standard is based on science and data that show the effectiveness of vaccines against the spread of coronavirus and the grave danger faced by unvaccinated workers," said U.S. Secretary of Labor Marty Walsh.

"The commonsense standards established in the ETS remain critical, especially during the current surge, where unvaccinated people are 15 to 20 times more likely to die from COVID-19 than vaccinated people. OSHA will be evaluating all options to ensure workers are protected from this deadly virus," Walsh added.

Opposition to the federal vaccine mandate aside, retailer groups stressed the importance of keeping their employees and customers safe during the ongoing COVID-19 pandemic.

"We have raised concerns with OSHA and the administration about the administrability of the mandate, including the current shortage of tests, but our primary focus at this stage is working with our members to ensure they have the information and tools they need to safely operate, manage their workforce, and meet the needs of their customers," said Brian Dodge, president of The Retail Industry Leaders Association.

The National Retail Federation (NRF) was just one of the nearly 30 trade associations that presented oral arguments to the Supreme Court on Jan. 7. It stands behind the importance of vaccines as a way out of the pandemic but called the court's decision a significant victory for retailers.

"As NRF and other plaintiffs articulated in our briefs before the court, OSHA clearly exceeded its authority promulgating its original mandate under emergency powers without giving stakeholders the benefit of a rulemaking process," said David French, NRF's senior vice president of government relations.

The association urged the Biden Administration to work with employers, employees and public health experts on practical ways to increase vaccination rates across the country.

"We commend the Supreme Court's decision to stay President Biden's vaccine mandate. While we share the goal this mandate hopes to achieve, the reality is that this broad government overreach will have dramatic impacts on the economy, as tens of thousands of Americans quit their jobs rather than submit to the edict of government," said Eric Hoplin, CEO of the National Association of Wholesaler-Distributors (NAW).

"Moreover, imposing testing requirements during a nationwide shortage of COVID-19 tests leaves businesses open to massive fines from the government," Hoplin added. "Since vaccines became available, NAW and its member companies have strongly supported vaccinating America and our workforce and will continue to do so until the pandemic is behind us."