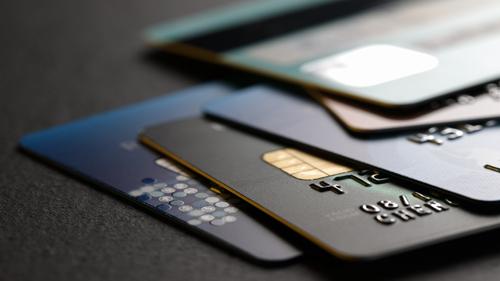 WASHINGTON, D.C. — More than a decade after the Durbin Amendment, retail groups are still pushing for a fairer payment landscape.

According to the Merchants Payments Coalition (MPC), a Federal Reserve proposal making it clear that merchants can choose which payment networks process their online debit card transactions is needed because major banks and networks continue to interfere with competition for debit business a decade after legislation was passed by Congress to fix the problem.

The 2010 Durbin Amendment reformed swipe fees — also known as interchange fees — to be reasonable and proportional to the cost of conducting a debit card transaction. In turn, the Federal Reserve Board capped that fee at 22 cents for big banks.

"The very reason Congress passed the Durbin Amendment is because the U.S. payments market was broken, and the largest banks and card networks are trying to keep it that way," MPC said in formal comments filed with the Federal Reserve Board of Governors. "It is imperative that the board move forward and clarify its regulations in order to protect the competition and merchant routing choice that was intended by Congress."

The Federal Reserve is considering proposed regulations intended to make it clear that routing choice required under the 2010 Durbin Amendment applies the same to online transactions as in-store transactions, according to MPC.

The proposals come as online ordering, and the use of contactless payments and mobile wallets increased due to the COVID-19 pandemic.

"As merchants have adapted to serve their customers during the pandemic, there has been a dramatic shift to e-commerce as well as mobile apps and wallets that has made the lack of online routing options a more pressing issue than ever," MPC said. "Economists estimate that the lack of routing costs merchants and their customers billions of dollars each year."

Under Regulation II of the Durbin Amendment, banks are required to enable all debit cards to be processed over at least two unaffiliated networks — typically Visa or Mastercard plus one of several independent debit networks that offer better security and lower fees.

Implemented for many in-store transactions, routing choice has helped save merchants billions of dollars, with an estimated 70 percent of the savings passed along to consumers, MPC explained.

NACS filed comments with the Federal Reserve urging the board to finalize its proposed clarification that would preserve a retailer's routing choice on debit transactions.

"For too long, debit card issuers and networks have failed to adhere to the terms of Regulation II because they have not made available two networks to process debit transactions on large numbers of debit transactions. NACS hopes that the board's clarification will be implemented swiftly and end these failures," NACS stated in its letter.

In response to merchants' concerns, however, the Federal Reserve acknowledged this spring that some of the largest banks have failed to enable or have even disabled the "PINless" technology required to route transactions to debit networks online, where a PIN usually cannot be entered. The lack of enablement blocks the right of a merchant to choose between competing networks and violates the Durbin Amendment, the Federal Reserve said.

The practice has resulted in only 6 percent of online debit card transactions being processed over competing networks, it added.

A clarification proposed by the Federal Reserve in May said the routing choice requirement applies to online, as well as in-store transactions, and would require that banks allow competing networks a chance to handle debit transactions.

In addition to ensuring that two networks are enabled on any type of transaction, NACS asked the board to clarify that the two networks on the card must be enabled for all methods of authentication — both PIN and non-PIN.

"NACS members often lack network choices on fuel dispenser transactions because the issuing banks have not enabled networks that compete with Visa and Mastercard to handle PIN-less transactions (which are common at self-serve fuel pumps). This problem can be overcome by the board making clear that issuing banks must enable the networks on their cards for all methods of authentication those networks can handle," NACS stated.

The National Retail Federation (NRF) also called on the Federal Reserve to adopt proposed regulations clarifying that retailers can decide where to route billions of dollars in online debit card transactions for processing each year, but urged the Fed to adopt additional provisions to keep Visa and Mastercard from circumventing the new rules.

"NRF is strongly supportive of the board's efforts," NRF Chief Administrative Officer and General Counsel Stephanie Martz said in formal comments filed with the Federal Reserve board. "But NRF is concerned that unless the board's clarification of the scope of Regulation II is ironclad and not subject to ambiguity, much of its work may prove to have been for naught in future years because Visa and Mastercard are likely to take advantage of any loopholes they may read into the new language."

NACS and MPC also asked the Federal Reserve to lower the debit interchange fee to an amount that is "reasonable and proportional" to card issuers' cost as is required by law.