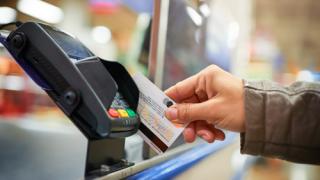 "Signers range from gas stations and grocery stores to Main Street retailers and local restaurants. Swipe fees impact every segment of the merchant community and every consumer whether they pay by credit card or not. Wall Street banks and global card networks that dominate the industry by unfairly blocking competition have profited on the backs of small businesses and American families for far too long," Kantor added.

In a letter sent by MPC to all members of the U.S. House of Representatives and U.S. Senate, more than 1,800 merchants asked lawmakers to support the Credit Card Competition Act sponsored by Sens. Richard Durbin (D-Ill.) and Roger Marshall (R-Kan.) and Reps. Peter Welch (D-Vt.) and Lance Gooden (R-Texas).

The lawmakers introduced the legislation in July.

"This legislation … will bring much-needed competition into the United States credit card market, which has been dominated by only two players for far too long," the letter said. "As members of the retail community and champions of the free market, we typically do not support government intervention except in cases where a market is not functioning. That is the case with the credit card marketplace in the United States."

The letter was signed by 1,802 merchant companies, an increase of 134 over a similar letter sent to lawmakers in September.

"Passing this bill is one of the most important things Congress can do to provide relief for small businesses and consumers struggling amid near-record inflation in every state and congressional district," the trade associations said. "While this legislation would benefit all merchants, it is small retailers who are calling for swipe fee reform more than any segment of our industry. Small retailers have the narrowest profit margins and fewest resources and are hit hardest by continuing unjustified increases in swipe fees."

Both letters cited swipe fees averaging more than 2 percent of the transaction that banks and card networks like Visa and Mastercard charge merchants to process credit card transactions. Credit and debit card swipe fees have more than doubled over the past decade, increasing 25 percent in 2021 to a record $137.8 billion.

According to MPC, Visa and Mastercard, which control more than 80 percent of the credit card market, centrally set the swipe fees charged by banks that issue cards under their brands rather than the banks competing to offer merchants the best deal. They also restrict processing to their own networks, prohibiting competition from other networks that can offer lower fees and better security.

The legislation would require that credit cards issued by the nation's largest banks be enabled to be processed over at least two unaffiliated networks — Visa or Mastercard plus a network such as NYCE, Star or Shazam. American Express or Discover could also be the second network, but not networks supported by foreign governments like China's UnionPay.

The bill would apply only to financial institutions with at least $100 billion in assets — about 30 of the nation's largest banks and just one credit union — and would have no impact on community banks or small credit unions.