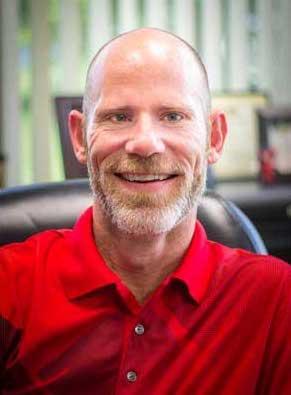 SAVANNAH, Ga. — Ryan Krebs, the foodservice executive who successfully filled the huge shoes of notable convenience foodservice guru Jerry Weiner at Rutter’s, has moved to Savannah to take on a similar role at the fast-growing Enmarket convenience store chain.

The Convenience Store News Foodservice Leader of the Year in 2017 is set to upgrade the menu at Enmarket, operator of 125 stores in Georgia, South Carolina and North Carolina.

Krebs has a Culinary Arts degree from Johnson & Wales University in Providence, R.I., and holds his Dietary Manager’s Certification from The University of North Dakota.

Formerly a restaurant manager at Rutter’s Middleton, Pa., store, he was elevated to director of foodservice in 2015 when Weiner retired. Prior to working at Rutter’s — a chain of 76 c-stores based in York, Pa. — Krebs was an executive chef, holding positions in restaurants, country clubs, hotels and health care. He co-authored a book in 2010, “The Long-Term Care Improvement Guide,” to help raise the standard of service, food and care in nursing homes and rehabilitation centers.

Krebs used his experience as an executive chef to transform the foodservice operation at Rutter’s into a restaurant-quality experience.

In 2018, Rutter’s was named the CSNews Foodservice Innovator of the Year. Also that year, Krebs was named one of eight winners in the United Fresh Produce Excellence in Foodservice Awards program, which honors chefs and their companies for innovative and influential use of fresh produce in the culinary arts.

Among his other accomplishments, Krebs also spearheaded a new program at Rutter’s last year to focus on local manufacturers and suppliers, putting the emphasis on purchasing high-quality ingredients from producers/manufacturers within a 100-mile radius of the company’s corporate office, or in its home state of Pennsylvania.

“Like me, Enmarket is passionate about premier food programs and industry-leading customer service,” Krebs said. “Though it is growing rapidly, Enmarket remains intentional and strategic in its plans and vision. I’ve worked my entire career for an opportunity to support and elevate a highly respected organization through my passion for food, and I’m thrilled to be with Enmarket on the forefront of top-tier convenience store operations in the Southeast.”

Many of Enmarket's 125 stores offer prepared foods. In addition, the company operates 14 associated quick-serve restaurants and a fast-casual restaurant.

“Convenience stores have evolved to be much more dynamic than places to fill your tank and pick up a gallon of milk, and Enmarket has made every effort to pioneer that shift,” said Brett Giesick, president of Enmarket. "Individuals and families need access to healthy prepared options when they are on the go or out and about. We are committed to supporting the health of the community that depends on us, and that is why it is so important to invest in outstanding talent to lead our foodservice."

With Krebs’ departure, Robert Perkins, Rutter’s vice president of marketing, is now in charge of foodservice at Rutter’s, with assistance from several internal people, many of whom are chefs, according to Chris Hartman, director of fuels, forecourt and advertising.