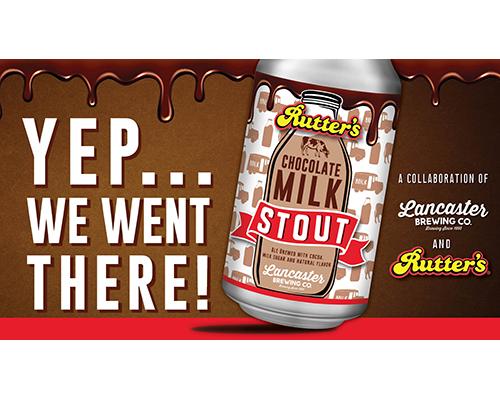 Rutter's Chocolate Milk Stout has an ABV of 6.8 percent and a taste that combines notes of cocoa with the sweetness of milk sugar, reminding customer's of Rutter's chocolate milk.

The limited-edition beer goes on sale in early November, exclusively at Rutter's 45 beer-selling locations in Pennsylvania while supplies last. Customers will be able to purchase a four-pack of 12-ounce cans for $9.99.

"Lancaster Brewing Co. is a first-class organization that has a lot of ambition and very talented brewers, which is why we looked to partner with them on this product," said Sean Pfeiff, Rutter's senior category manager. "Get Rutter's Chocolate Milk Stout while you can…because when it's gone, it's gone!"

The collaboration is also Lancaster Brewing's first partnership with a convenience store.