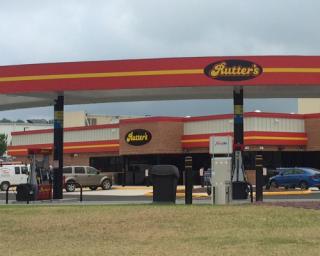 The 2017 law that allows stores to host VGTs, which are similar to slot machines, requires that maximum bets be set at $5 with a maximum payout of $1,000. Winnings must be paid out at on-site redemption machines.

People under the age of 21 are prohibited from participating in VGT gaming. Additionally, VGTs must be in an area segregated from minors and under the observation of an employee.

"Rutter's is a proud, Pennsylvania-based company with a storied history in the Commonwealth and a proven commitment to the communities in which we serve," said Scott Hartman, president and CEO of Rutter's. "Penn National shares these same attributes, and we look forward to partnering with them to provide our customers the opportunity to enjoy playing VGTs at a number of our locations throughout Pennsylvania."

Penn National has received its conditional license from the PGCB to act as a terminal operator and expects to provide and service the VGTs at the Rutter's locations, subject to final regulatory approval by the board.

"We look forward to working with Rutter's to introduce VGT gaming in the commonwealth," said John Finamore, senior vice president of regional operations for Penn National Gaming. "Like Rutter's, we started with a single facility in central Pennsylvania. Today, we are the largest regional gaming operator in the United States with a demonstrated track record of providing quality entertainment and customer service. We are excited to combine our expertise with Rutter's established success in the convenience store industry to offer VGT gaming at their qualified locations."